A month has gone by since I swam across the Strait of Gibraltar. These have been weeks of reflection on what follows.

Tsugaru is one of the most complicated long-distance swims in the world. Only 18 people have accomplished it; my friend Liz Fray could not even get into the water last year.

Unlike the English Channel, where you have a window of several days to attempt the crossing, Tsugaru is more like the Catalina Channel or the Manhattan Island Marathon Swim: the swimming has to be done on specific days, and, if conditions are not appropriate, you must come back another time. In my case, those days are 15 and 16 September, seven weeks from Tuesday.

In Gibraltar I experienced a moment of great apprehension within two hours of swimming. I envisioned Tsugaru—and did not see myself completing the crossing. That thought made me contact—all the way from Spain—my psychological coach, Jaime Delgado. I had to understand what had happened.

On my return, I sat with him and found two causes. One can be easily solved, but the other is more complicated and will require work.

The solution to the first problem lay in explaining what had happened in Gibraltar. We talked at length about what I had done since our last meeting six years ago—my failed attempt on the mountain, as well as problems with my back that had affected my run and return to the water.

When I finished explaining the incident, Jaime asked me what happened after I had had that thought about Tsugaru. “I swam away from the group, started following the boat…and felt better,” I said.

I realized there was close similarity between the Gibraltar crossing and what happened to me when I went to the mountain with Mauricio and Badía. I do not like having people around me during the event I’ve been training for.

Gibraltar was my first swim in a group in that context. The first two hours were a mess. We never found our rhythm, got too close to one another and being where I was within the group, the waves did not allow me to see the boat. It was a decidedly unpleasant experience.

When I thought of Tsugaru, I was scared. Gibraltar was the simplest of my seven swims, yet I was not feeling well when I did it. I did not realize it at the time, but something made me stop following the Zodiac in front of our group of swimmers and concentrate on the guide boat. I forgot the group temporarily. I knew that we had three vessels watching us and just tried to find my rhythm. What I needed was not speed, but to pay attention to my strokes, my breathing and my orientation in the water. By the time I received my third feed I was feeling good. The rest of the swim was easy and I really enjoyed it.

Talking with Jaime helped me understand what had happened in Gibraltar, but did not resolve another issue that emerged in the discussion: what would motivate me to not falter in the most difficult moments of the next swim?

Since completing the Triple Crown in 2009 and becoming the first person to do so twice, I had been nominated four times for the International Marathon Swimming Hall of Fame (IMSHOF). In the fifth year, I didn’t even hear that I was nominated. I had really lost all hope of making the Hall. If I still wanted to, I thought, I would have to complete the challenge of the Seven Seas.

Last October, when I was supposed to begin my preparation for the Seven Seas, I was surprised one Monday afternoon with the news that I had been selected for the Hall of Fame. Suddenly the question arose: So now what will motivate me?

I’ve been spending a lot of time on that question. Often I think about it when I wake up—at four in the morning—when my arms ache in the pool, or when I drink salt water during an open water swim. I have not yet found a definitive answer. However, I think it has to do with the fundamental motives of pleasure and desire. The pleasure of feeling good, of simply being able to move my body and push myself and keep genetic diseases from expressing themselves; the desire to accomplish with my swimming what for so many is unthinkable.

Yesterday I saw Ricardo González and María Luisa Martínez in Las Estacas, training for the Triathlon World Championships, and I received a photo of Jaime Lomelín with his second-place medal in Manhattan. I realized how privileged I am to belong to a group of people for whom sport is a passion that does not diminish with age. 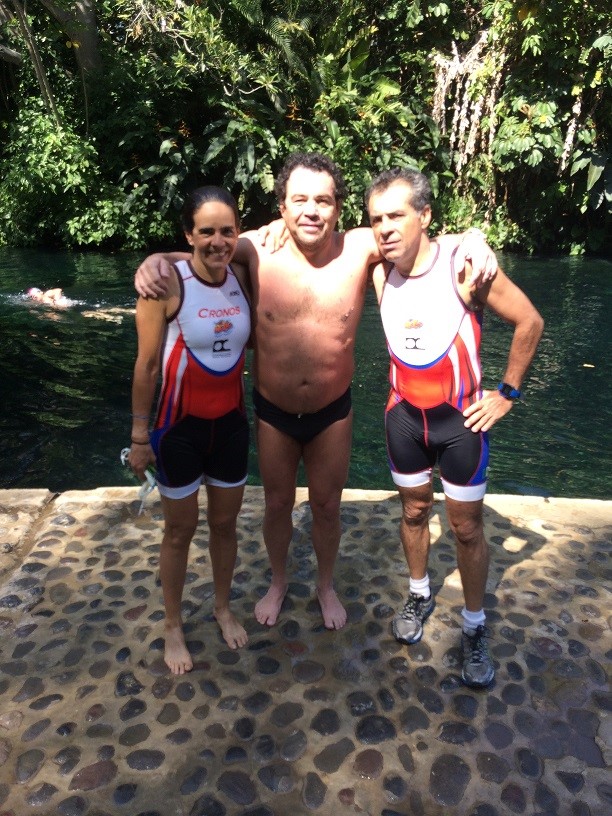 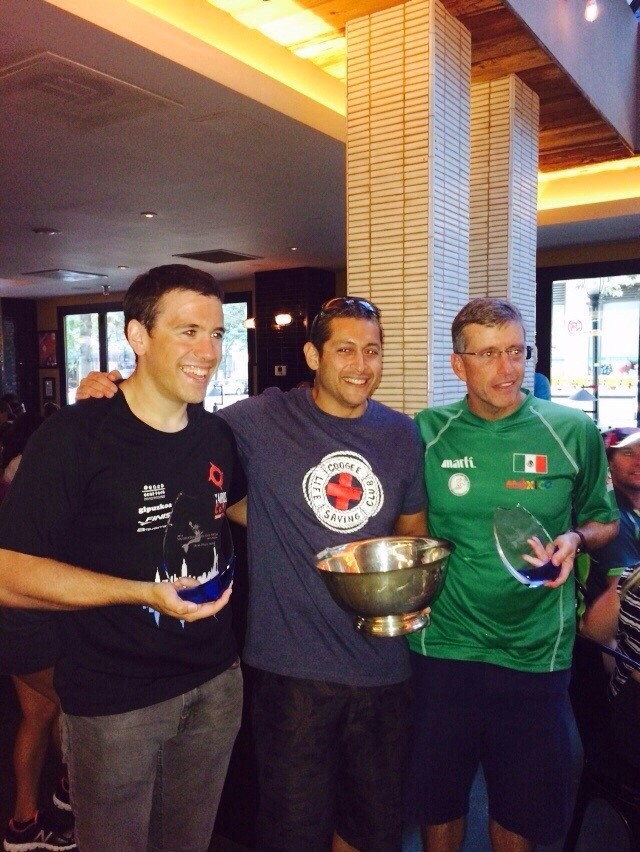