In my childhood, before being a pirate or a swimmer, I rode on horseback a lot. Great-grandfather Miguel Angél had a stable of horses, and I imagine he dreamed of turning me into a charrolike him.

My first memory on a horse is at age 3, on a Saturday night in Río Churubusco. I rode for many years until I decided that horses were not really my thing.

Many times I have seen myself in situations where I’ve been invited to ride and I could mount up and gallop off without difficulty. The saying goes in Spanish, lo que bien se aprende no se olvida—that what is well learned is not forgotten.

Last night I had dreams. I was glad to know that Don Julian was finally speaking to me again. Since I came to Ireland I’ve not been dreaming, just hours of deep sleep without any images playing in my mind.

At first I thought it was my mood, relaxed and without any particular agenda. In my writing, my blog updates, one may notice a certain “coolness.”

My mood is better than in any of my previous crossings, however. Today, unlike how things were six Oceans ago, I have little to discover. Moreover, even a failure to make the crossing, or to be able to attempt it at all because of the weather conditions, would only extend the journey and, with it, the enjoyment of the trip.

Yesterday was a strange day.

It all started with my swim with Joseph, my new friend from Austria. He introduced himself the day before while coming out of the water, and later I met him at the hotel bar. When I said hello I realized that it was cold in the bar. I had not taken a bath in hot water after our swim. At that moment I decided that there would be no more hot water after the workouts.

This morning we swam together. We enjoyed it, despite the wind, and in his farewell was he very effusive. “You will achieve it!” he said.

During the time I was in the water the temperature varied significantly, but I had no pain when I got out.

In the afternoon I had to do a second workout. The more times I expose my body to low temperatures, the better the acclimatization. So at 7pm we arrived at Ballyholme, a village near Donaghadee, to find about 60 people ready to go into the water, most of them in neoprene suits. Just looking at them I could feel the cold. They started to get into the water and someone who like me did not wear neoprene told me, “It’s better towards the end: the neoprene is more buoyant and goes faster.”

The first contact with the water was pleasant, I attributed it to the sun that shone on the sea that day as well as the depth of the water. I went on my way and I started to swim. I got to the first, the second, and third buoy, and at the end of my first lap the thermometer still gave me the same reading: 18.1ºC (64.58ºF).

Back in the taxi with Rafa and Ricardo, I made a comment about how one day I had swum, in the same sea, with temperatures ranging from 13 to 18 degrees.

I remembered my days as a sailor with my grandfather, when we went fishing in Acapulco. I was always intrigued as Toribio, the captain of the Lucy, always told me that I had to listen to the sea. I kept wondering if this water wanted to say something.

We arrived at the hotel and paid no more attention to it.

Then I woke up suddenly at 4:00 this morning. I hadn’t been asleep for even five hours, but I jolted out of my sleep.

Don Julian had appeared in the middle of my dreams. I do not remember the conversation well but he had told me something like, don’t be preoccupied with the Windguru. I should remember being a child with my grandfather, he said: Recall the words of a man of the sea like Toribio.

Now wide awake, I made the connection between my conversation with Quinton Nelson, our pilot, and what happened during the day.

Saturday, when I met Quinton, he told me, “get in the sea every day and I’ll see you in a week. I promise to take you out only if there are good conditions.”

My dream told me that there was the connection—a wakeup call as clear as someone saying good morning. It wasn’t something I was going to be able to see on Windguru, I needed instead to rely on the signs of the sea and on an old sailor like Quinton.

Just like when I get on a horse, I have to remember what the sea taught me in the past.

PS – Today I swam 90 minutes at an average temperature of 13.5º C. I had less pain and my rhythm was better. I want to think that the sea is still talking to me. 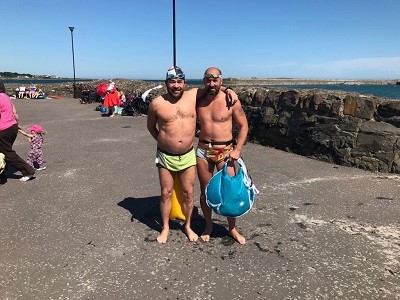 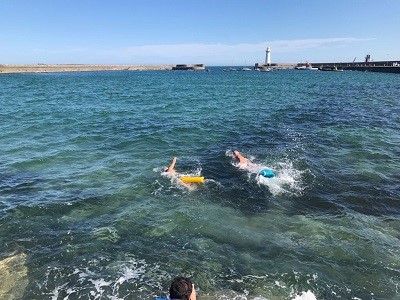 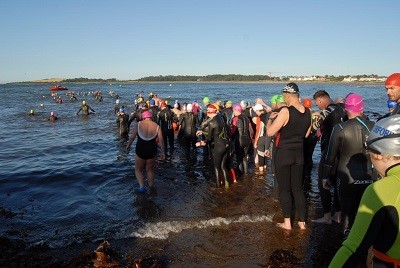 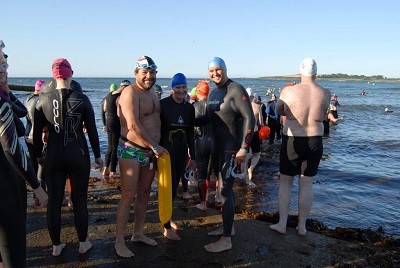 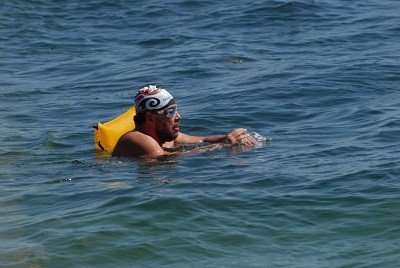 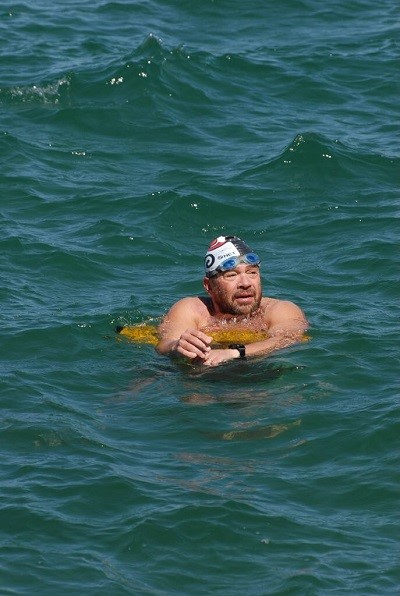 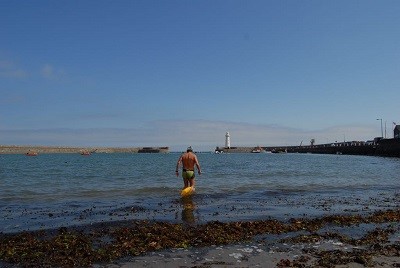 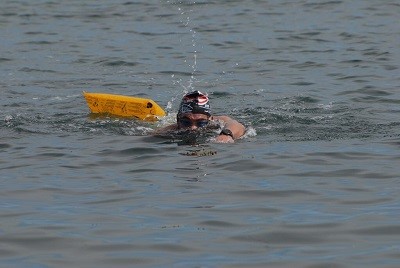 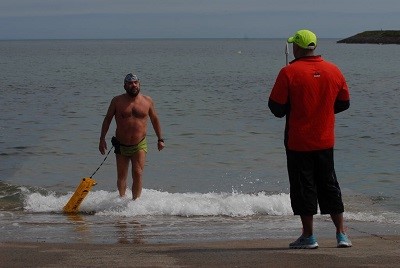