Adrian Peterson wasn’t invited to an NFL training camp. So he created his own.

It was late in July, long before the 166 total yards at Arizona, the plunge into the end zone and the game ball being thrust into his hands after a Washington Redskins victory. Adrian Peterson was sitting inside his sprawling Houston mega gym, wondering whether his football career was over.

He was a free agent, and despite being the NFL’s 12th all-time leading rusher with seven Pro Bowls and a league MVP, teams weren’t calling. At 33 — considered ancient for a running back — and seven months removed from a season ended early by injury, he appeared to have a “damaged” label attached to him. Each day, another of the players who worked out with him that offseason said goodbye, heading to training camp, until he was the only one left.

People kept asking a version of the same question: What are you doing now?

At first he would say: “I’ve got a few teams; I’ll get to a camp.” But as the summer moved on and the phone stayed silent, his answer evolved into a wavering, “We’ll see.”

“That’s when it got real,” Peterson’s good friend and longtime trainer James Cooper said. The time had come, Cooper thought, for what he called “putting math on this.”

“I don’t see you getting called before training camp,” he told Peterson. “Let’s give this until Week 3 of the season. Then [if still no team calls] we can go to Plan B.”

[The Redskins say they’ve sold out every home game since 1967. The streak may end Sunday.]

For almost a decade they had worked together, the superstar running back and the trainer who spent months each offseason molding Peterson’s body into one of the most admired around the NFL: 6-foot-2 with 220 pounds of muscle. Together they had built this gym, O Athletik, pooling their money to erect a workout fortress.

But Cooper had never before been in this position with Peterson. In the past, they were always working toward the start of a season. Even in 2014, when Peterson was suspended by the league following a child abuse charge for disciplining his 4-year-old son by hitting him with a wooden switch, he still had a team in the Vikings.

This time there was no team, no season to which they could build, so Cooper said they would re-create training camp, right there inside their gym. That way, if the phone call did come, Peterson could walk into that team’s camp looking as if he had been there all along.

“I was ready for my opportunity,” Peterson said after Washington’s season-opening 24-6 win over the Cardinals, even if it was unclear back in that Houston gym where or when that chance would be. 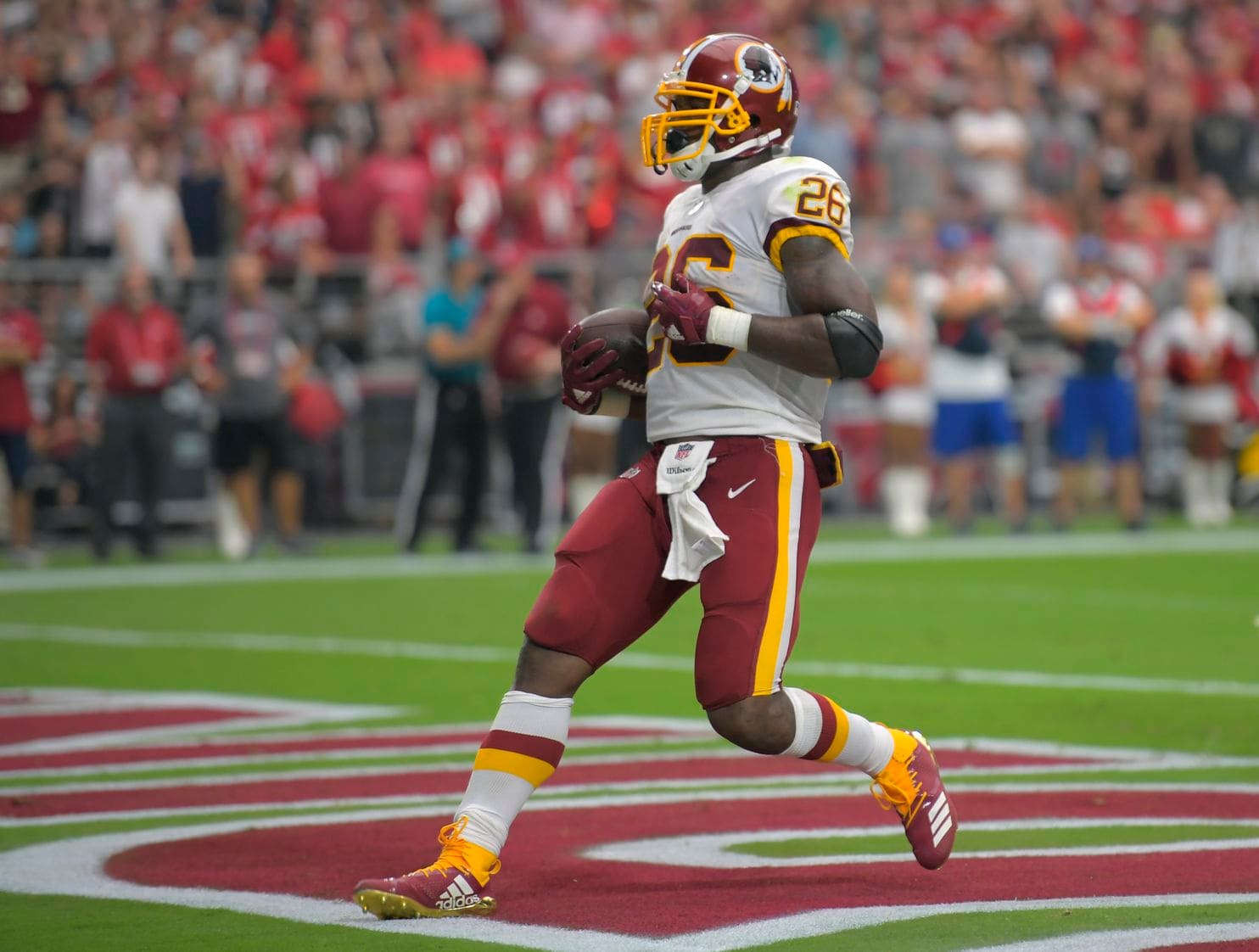 The two men met every morning at 8, starting with a warmup, then moved to running, to football drills, to weightlifting, to body work to, eventually, a cool down. The workouts ran well into the afternoon, but all around football, teams were in two-a-day practices, their players sweating under summer suns. If that phone buzzed, Peterson had to feel as if he had been right beside them, grunting through the swelter.

During running sessions, Cooper had Peterson wear masks that restricted his breathing, making it seem as if he was sprinting in the thin air of a distant mountaintop. The masks had dials. The higher the dial turned, the harder it was to breathe. Peterson kept moving his dial up, and even though Cooper warned him to not push too hard, they had worked together long enough for him to know the futility of that request. Peterson liked to hurt, he had learned, using the pain as a barometer for his body — a means to understand how fast he can mend when the hits come and the bruises start.

Training camp two-a-days turned into preseason games. Running backs throughout the league started going down, their injuries announced on television scrolls. Replacements were needed. When the list of available players appeared on the screen, Peterson’s almost always was first. Still, the phone stayed quiet.

[Analysis: Why Alex Smith is a perfect fit for the Redskins’ offense]

Comments drifted in from the outside, words such as “washed up” and “finished.” His name was glued to his age, that 33 flashing to the world like a siren. Inside the gym, he grabbed the dial on those masks and inched them higher.

Cooper added yoga to the workouts — both in hot studios and also on the sand. He said he was doing this to increase Peterson’s flexibility, but there was another motive. He wanted to calm Peterson’s mind, to smother slightly the fire of defiance before it burned too much.

They imagined the team visits that would come should the phone ring.

“Don’t just go in and sign a paper if they offer you a job,” Cooper said he told Peterson. “Make sure you do a workout for them even if they don’t ask you. Let them see what you can do.”

Then, on Aug. 20, 8 a.m. came and Peterson didn’t show up at O Athletik. Cooper’s phone buzzed. The Washington Redskins had called, Peterson said in a text. They might need a running back. He was getting on a plane. 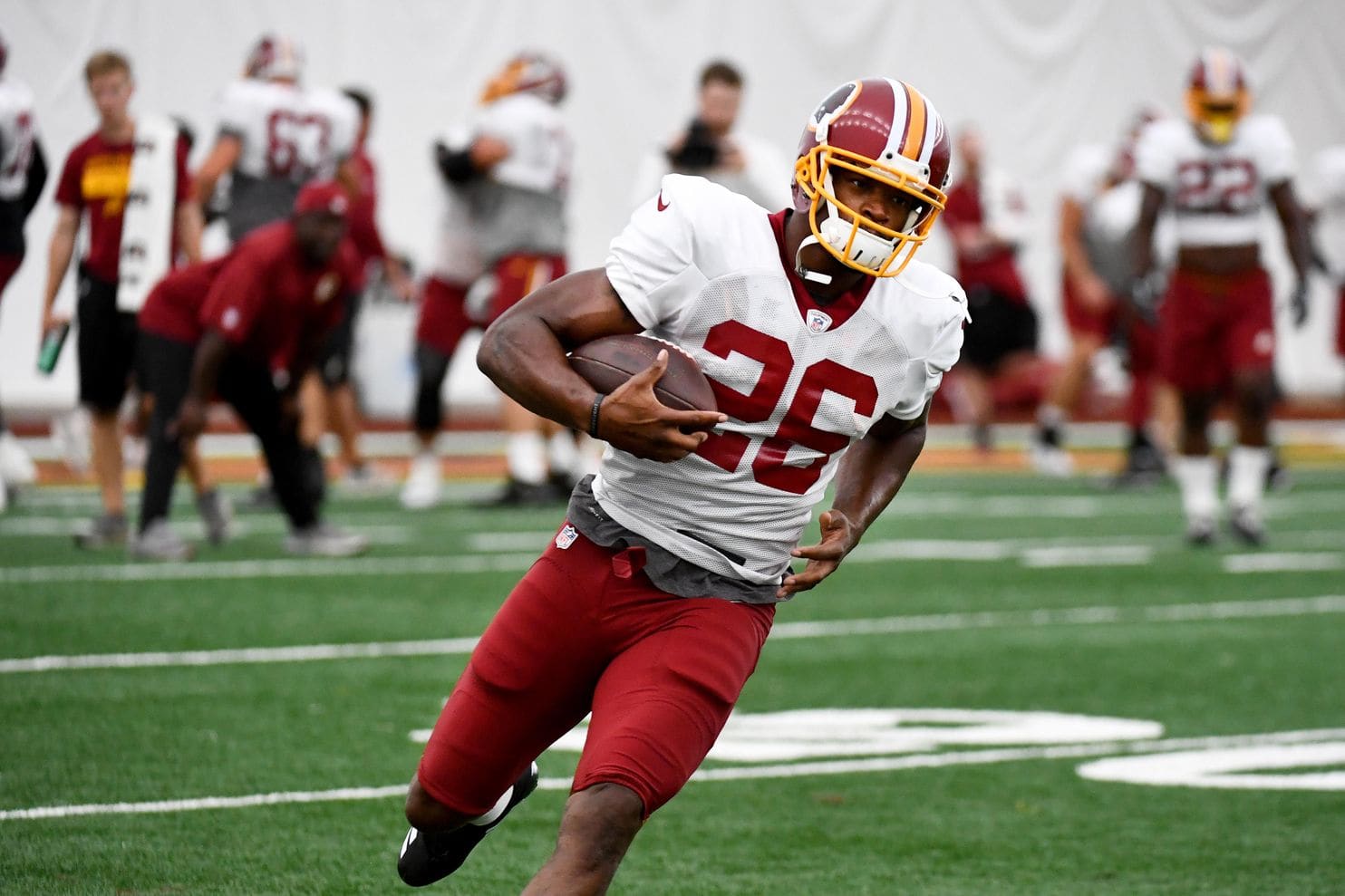 At 33 years old, Peterson was considered by many to be too old to play running back in the NFL. (Katherine Frey/The Washington Post)

A workout works out

Later that day, Redskins running backs coach Randy Jordan was stunned when Peterson walked into the practice bubble at the team’s practice facility and said: “I want to work out.”

“A.P. wants to work out?” Jordan recently recalled thinking, sitting on a couch outside the team’s weight room. “A.P., you just sign him, like instant credit.”

The Redskins had brought in several running backs, younger men than Peterson but just like him: desperate for one last chance. Team officials kept saying they weren’t sure they wanted to sign someone. Their presumed starter, rookie Derrius Guice, had torn his anterior cruciate ligament in the first preseason game, and two other players were nursing injuries. The day before, Coach Jay Gruden said the organization wanted to give physicals to a few of the available running backs in case they needed to sign one in an emergency.

But Peterson hadn’t spent the previous five weeks replicating training camp just to fly to Washington and take a physical. Inside the bubble, Jordan sensed a challenge.

“I wanted to see if he was in shape,” he said with a laugh.

Jordan gathered the backs and started with a few light drills, quickly building the pace. He had them hit bags, run and change direction, practice blocking and skip around cones.

The younger players asked for water. Jordan asked whether Peterson needed some, too. “You want a squeeze?” the coach shouted.

“Nah, I’m good, Coach,” Peterson replied, according to Jordan. “What’s the next drill?”

“I killed it,” Peterson texted.

Sitting on a couch outside the Redskins’ locker room this week, Gruden shook his head.

“If he had not worked out [that day], he would not be here, to be honest with you,” Gruden said.

The team was not planning on signing a running back that afternoon. The hope was the other backs’ injuries would not keep them out long. “But after that workout it was a no-brainer,” Gruden said. “The shape he was in, the power, the burst that he still had. Like, ‘What the hell are we thinking? Let’s just grab this guy.’ ”

“Grinding” is what Peterson would later call those days alone with Cooper. “You get out what you put in. . . . Darrell Green ran a 4.4 [40-yard dash] at 50 years old. You know, stuff like that motivates you and tells you that, ‘Hey, anything is possible.’ So that’s how I’ve viewed any situation that I’ve been in, and that’s how I view the doubters as well. ‘Well, all right, whatever. It is what it is.’ ”

Back in Houston, the O Athletik fitness center is quieter these days. The breathing masks hang still, their dials turned back to low resistance. August has turned to September. Training camps closed long ago, football season has started, and, finally, all of James Cooper’s football players have left for their teams. 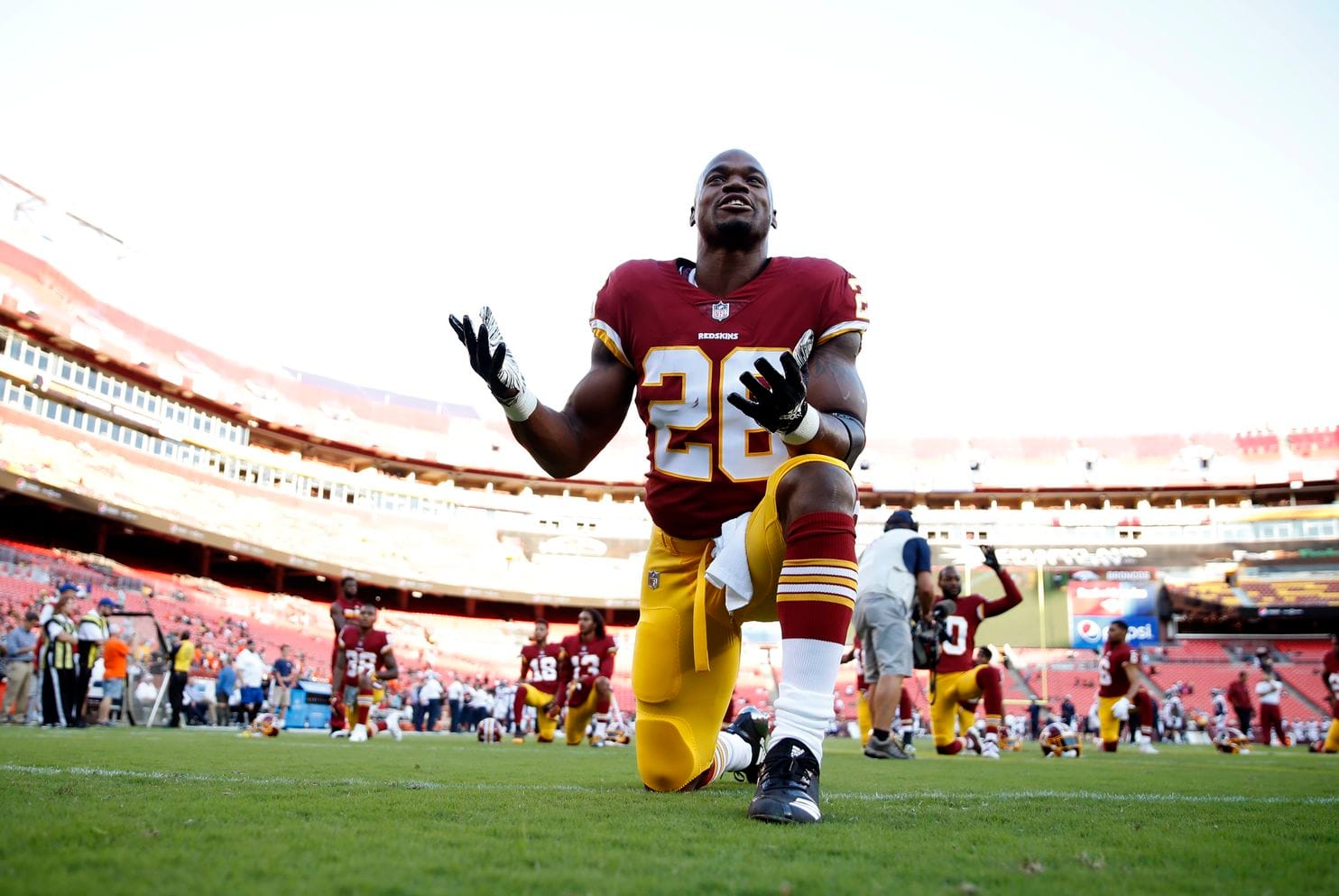 “You get out what you put in,” Peterson said. “Darrell Green ran a 4.4 [40-yard dash] at 50 years old. You know, stuff like that motivates you and tells you that, ‘Hey, anything is possible.’ ” (Alex Brandon/Associated Press)