Antonio Argüelles became the first Mexican and seventh person in the world to complete the Oceans Seven swimming challenge when he crossed the North Channel, his seventh and final crossing, on Thursday, August 3. He reached the rocky coast of Scotland at 20.48 local time.

The North Channel, separating the eastern part of Northern Ireland from southwest Scotland, is the most complicated of the Oceans Seven crossings. Over the 35-kilometer (21.75 mile) route between Donaghadee, N. Ireland, and Portpatrick, Scotland, it challenges swimmers with water temperatures from 12°C to 14°C (53.6ºF – 57.2ºF), making it the coldest of the Oceans Seven crossings. In addition, the climate is notoriously unstable, with frequent storms and strong currents. To date, only 43 successful crossings have been completed.

After waiting in in Donaghadee for favorable weather conditions for 15 days, Antonio began swimming at 7:15 am local time. The water temperature ranged from 13.2º to 14.5ºC (55.76º – 58.1ºF), while winds gusted up to 12 knots. He maintained a rate of 64 strokes per minute, increasing to 67 strokes per minute as he fought strong currents that almost brought him to a standstill off the shore of Scotland.

13 hours, 32 minutes after the crossing began, Antonio climbed out of the frigid water onto the rocks of Portpatrick to become the first Mexican to cross the North Channel.

During the crossing, Antonio was accompanied by his support team, consisting of his trainer Nora Toledano, his doctor Ariadna del Villar, Pablo Argüelles, Rafael Álvarez and Quinton Nelson, captain of the guide boat “John and Frances MacFarlane.“ 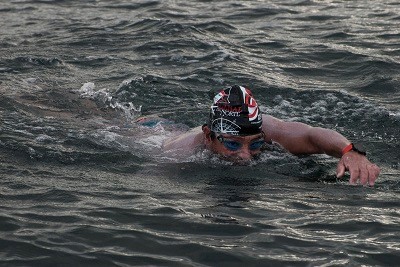 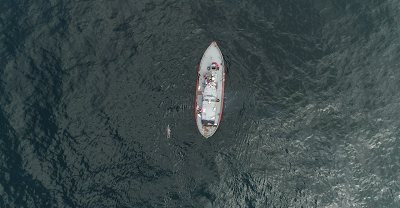