Death is a given—let’s make it part of life

I remember sitting in this hotel lobby on May 13 when I received the news that Steven Munatones had had a heart attack. Steven was the second person from the open water swimming world to have a heart attack this year; the other one, David Yudovin, died.

I had the opportunity to get to San Francisco this weekend to train, as well as to see to chat with Steven and have him teach me how to use KAATSU.

Earlier this year, when we were at WOWSA awards ceremony, Steven asked what was being done to promote physical activity in Mexico. He was very interested in what I told him, and said he wanted to share a product that could really help with the problem of sedentary behavior.

Over breakfast, he outlined the KAATSU system to me, and explained how it could help people get the benefits of exercise without necessarily having to do exercise.

This weekend, Steven met me at the appointed time with his wife Rieko. I wrapped him up in one of my trademark bear hugs, and I told him how happy I was to see him.

For an hour and a half we talked about open water swimming, his son’s water polo, how he uses KAATSU, what we should do to organize the event next year in Mazatlan, and of course the obesity issue.

When he left I found myself reflecting on two issues.

The first, obesity and physical inactivity, is a problem that faces Mexico just as it does the USA and other countries. Mexico, however, remains a poor country, where the economic burden of obesity-related diseases is unsustainable. It is estimated that annually the country spends 95 billion pesos on it. If we compare this amount to the 50 billion pesos that will be invested over the next three years in educational infrastructure through the Hundred Schools program, the scale of the problem is clear. Not only is the spending unmanageable, but we are failing to invest in the education necessary to provide medical care for obese people. We must do something to reverse this trend.

I am personally convinced that Mexico needs civic organizations to tackle issues that political parties or the government itself do not address with the needed vigor. That is the mission of Transparencia Mexicana with the “3de3” issue or Mexicanos Primero in matters of education.

I invite my readers to join with me in starting a movement together. Initially we may be silent and make small changes, but in time I am sure we will achieve significant progress.

The second issue has to do with the fragility of human beings and how close death really is.

Steven was in a coma for 10 days in May. Had it not been for the first aid provided by his son— and his excellent physical condition—he would have died.

As we were getting ready to leave, he went to the lavatory so I had a few minutes to chat with Reiko. Steven appeared to be in excellent condition, but I wanted the official version.

“It’s very good. His doctors have discharged him completely. They’ve said he can return to his normal life and exercise without restrictions. As you already know, he’s working like he always has. ”

Her comment reminded me of the day I asked Steven if he slept, since he always answered my emails from 2 am to 4am in California. “Why should I sleep when I have so many things to do?” he replied.

At the time I thought of the words of the French psychoanalyst Jacques Lacan, for whom death was part of life. If we really took this seriously, we would live differently. Each act would be a function of our will, not lost to the impossible search for the optimal moment, the best time—which actually never comes. To think each act as a fleeting moment will liberate you from pursuing the fantasy of a secure future.

I didn’t ask Steven, but I imagine that’s how it feels for him. 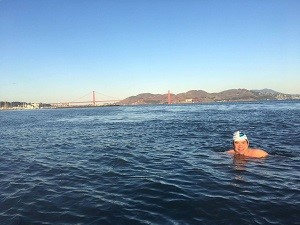 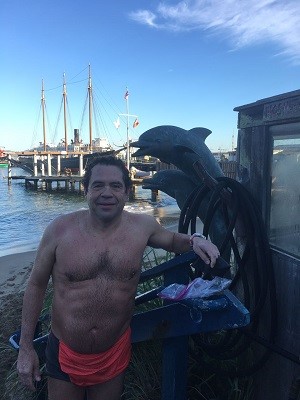