This quaint little town will be our home for the next 20 days. It is located 25 minutes from George Best Airport in Belfast and has a population of 6869 inhabitants. Donaghadee is famous for its lighthouse and harbor, dating from the 17th century, which for centuries has given shelter to ships making the journey between Ireland and Scotland. The main points of interest, the church and Moat (grave), are traversed in 30 minutes. What struck me most, however, was the amount of beauty salons the place has.

On the recommendation of Quinton Nelson, my pilot, we decided to stay at Pier 36, a hostel with 5 rooms, a restaurant and a bar. I immediately realized that it had not been a bad choice.

Waiting for a swim is always stressful. You can spend days without the right conditions and depending on where you are, your wait will have different nuances and flavors.

One crossing from ​​completing the Oceans Seven I can say that for my taste, the worst place to do it is Dover. The one I’ve enjoyed the most is Tapii, on the Tsugaru Strait. By the end of my stay here I’ll be able to make a detailed list.

The night we arrived, we were starving. We had not eaten for several hours so we headed right to the restaurant.

Before the trip I had been in contact with Lewis Waterworth, the owner of the hotel. Lewis welcomed me, and when we were finishing our meal he brought Lynton Mortensen to the table. Lynton had crossed the North Channel in 13 hours 49 minutes. I also learned that he had crossed the English Channel two weeks earlier. Two seas in two weeks—awesome!

We talked about the site and the conditions, and agreed to swim the next day.

Yesterday I had my first encounter with the waters of the North Channel. There were no surprises: it was cold, around 13ºC during both my morning and evening training swims. What I had forgotten was the difference in water level between high and low tide. At the highest point of the low tide, there were about 50 meters of sea floor visible and then when I swam in the afternoon I had to walk about 25 meters before I could begin my stroke. At the end of the day I completed 1 hour, 20 minutes of training.

In the evening we had dinner with Lynton’s family, and were joined by Padraig Mallon and Jacqueline McCelland, both of the Infinity Company, which offers boats services for the crossing. Padraig began the conversation by reminding me that we had met in in 2016 at the WOWSA Awards. I hadn’t remembered that, but admitted that with age a lot of details slip away. 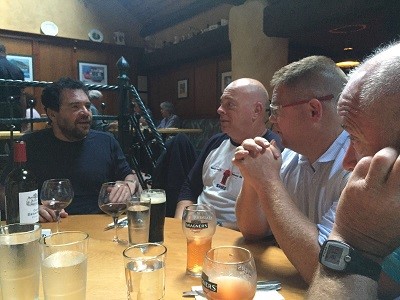 From left to right: Antonio Argüelles, Lynton and Padraig his uncle

After that awkward moment, we began to talk about the future of open water swimming.

Regardless of whether there are significant differences between triathlon and open water swimming, it seems to me that there are also many similarities in the motivation of their participants.

I will not go into detail here, just to comment that the growth in demand for open water events will increase exponentially over the next few years, with a bottleneck forming in the events that are part of the Triple Crown and Oceans Seven.

The best example is what has happened with demand for the Catalina crossing. From 1927 to 1999, when I became the first Mexican and seventh person in the world to win the Triple Crown, 119 people had crossed the Catalina Channel—less than 30% of the total so far. Then, just between 1999 and 2015, 294 more swimmers made successful crossings. There may be more than one explanation, but two come to mind: the demand to complete the Triple Crown encourages more people to attempt Catalina, and, in retrospect, it’s a relatively simple swim. Even in January it doesn’t present the challenges one must overcome in Moloka’i, Cook Strait or the North Channel.

In our discussion it became clear that Padraig understands the phenomenon well. I was impressed with his vision of how to face the demand to cross the North Channel. Of all the pilots I know, he is the first to have an overall view of the issue. In a few years I’m sure he will be number one pilot with more than one crossing.

I could not get up from the table without asking him what advice he had for me.

The first was obvious: throughout the season few people achieve the crossing, many because the weather is not good enough. This year, for example, the first swim block had to be canceled due to bad weather. He said Lynton’s day had been perfect, “but in three and a half months there is only one of those.”

The second recommendation was about the swim itself. You start with a lot of cold, he said, then at 4:00 the water temperature rises and you recover enough to face the last part, when the tide begins to change. In short, the whole journey is complicated.

This morning I was awakened by the wind, I opened the curtains and saw the sea. I consulted WindGuru, which told me that it was blowing between 21 and 22 knots. There were two possibilities, go back to bed and report bad weather, or get in the water and see what happens.

The second option won out. 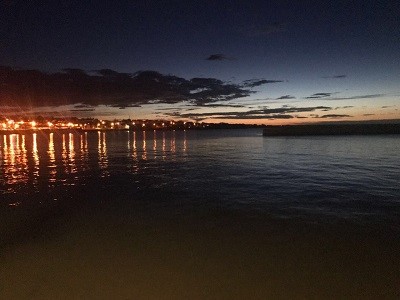 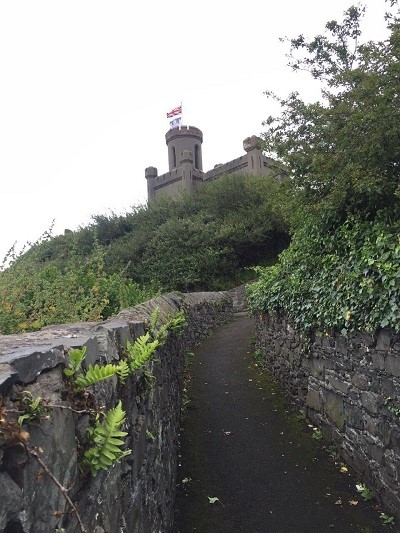 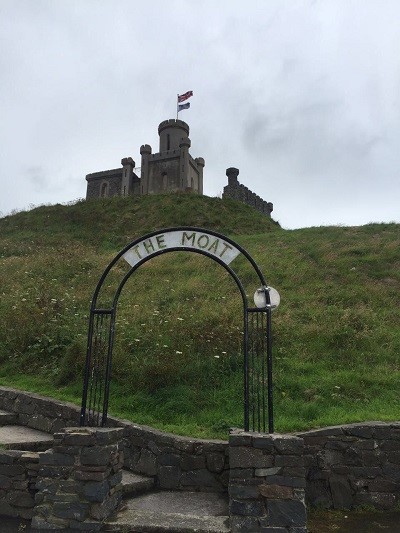 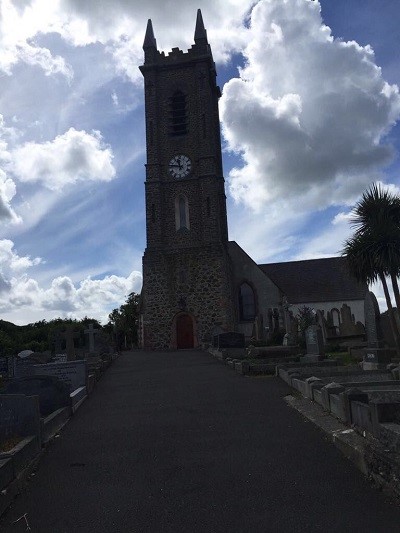 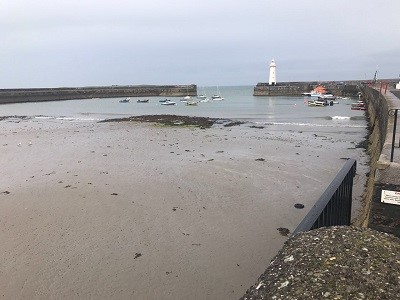