This weekend in La Jolla, California I had my last long training swim before Tsugaru. My aim was to assess my concentration, rhythm, strength, and generally how I felt and performed.

Since my return from Gibraltar I’ve been training hard. This has been the hardest season yet, with many meters in the water and two days of weight training. Although massage therapy and a lot of sleep helped me recover, it wasn’t enough to prevent a flu and a cough a week before my eight-hour training swim. To top it off, I got food poisoning after eating chicken and had diarrhea three days; on Wednesday I was still taking antibiotics.

In addition to all that physical uncertainty, the sore left arm I suffered in Gibraltar, which was still causing me discomfort, was also on my mind.

On Wednesday, after I had had my last massage session and Radames had given me a bandage to relax the muscle, the antibiotic knocked me out. I slept deeply for eight hours straight.

My Thursday night relaxation exercises began my with my shoulder still clearly needing to rest. Friday I was still swimming with discomfort, and by the end of the training I did not know how I would feel on Saturday.

A swim, like any journey, always begins with a first movement. In less than 10 seconds you know what the route will be like. Saturday started very well: I felt discomfort in my left arm, which would continue throughout the day, but it was manageable.

Any long swim has to be divided into parts. My first goal was to spend 4 hours and 23 minutes, as I’d done in Gibraltar, without discomfort in my left arm. Then I wanted to reach 6 hours, which would be my longest time this season, and finally swim for more than an hour to return home 40 or 50 minutes later.

To achieve a rate of 60 strokes per minute and maintain it all day, you must concentrate on the strokes and the passage of time. Usually the person who comes in the kayak or boat is the one who monitors the stroke rate. Fernando Garcia Sotelo accompanied us on this occasion and he would diligently count the strokes. Always maintain the pace.

At times the focus is on physically stronger strokes, while at other points greater concentration— mental strength—is what is needed.

On Saturday, the sea was calm, though it was alive with marine life. We saw fish, baby seals, a turtle, manta rays and four sharks. Nora was horrified. For myself, I focused on the swim and I enjoyed the five hours I was accompanied by them.

The biggest challenge was to find out if I had the mental strength to withstand many hours of swimming. To do so, I would have to assess my mental inventory at the moment and what it was that motivated me now. The list is very long, of course, but if I had to summarize in a few words, I would say it’s because I like it.

Earlier in the week, when I told a friend that I was going to swim eight hours because that was something I really liked, he said: “Hey, I like chocolate, but I can’t eat chocolates for eight hours.”

Fortunately a swim is not like eating chocolates; it is an experience with many discrete moments, some beautiful, others difficult, and several easy. And when you’re swimming in open water you must like all of them.

Finally, swimming many hours must carry a certain a certain humor with you. Stories that make you laugh, accounts and memories that you can go over again and again, a sense of competition with your peers and, yes, a little nonsense now and then.

Sharing the weekend with Nora weekend gave me a chance to get a back at her a little bit. She confronted me with a deadly, multi-meter stretch of swimming and if I complained, then everything would be going from bad to worse.

Sunday we went swimming for an hour and returned to the La Jolla Athletic Club jacuzzi. This ritual is one of the rewards that one receives after swimming in cold water.

We were reassured when Barbara Held unexpectedly showed up and said “Look who I brought with me—Penny Palfrey!” I could not believe it. In front of me, in the same jacuzzi, was one of the legends of open-water swimming and, wouldn’t you know it, had left my iPhone in the car. She asked for a picture, too, unlike when I met President Obama while exercising in Jordan.

We started talking. The Tsugaru swim came up, and she gave me some advice. Then I asked her about what swims she had scheduled in the future. “The day before yesterday I swam Catalina to have a double Triple Crown; I am the third to do so.”

At that time Barbara interrupted and said, “Weren’t you the first?” Penny opened her eyes and said, “You are the one”.

I see Nora and laugh. I have finally been baptized as “The One”—so get off my back!! 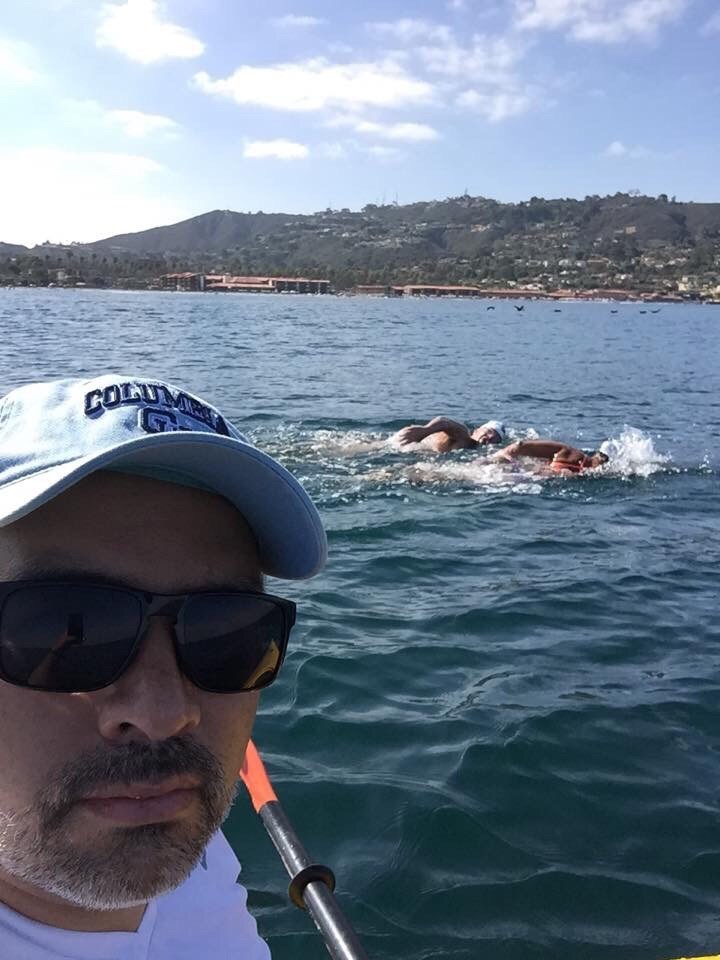 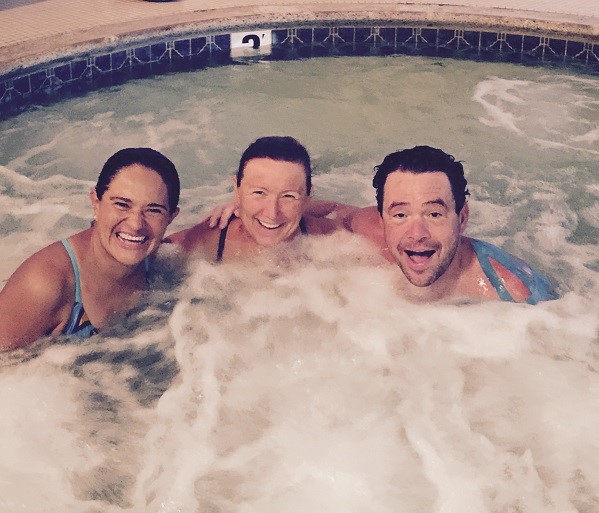