Last Saturday I felt as I did back in my days as a pirate.

They had spread out the map on a table so that together we could analyze its content. All three of us noticed a void in the configuration.

“Pack up,” I said. “We're leaving for California immediately. There we will find the first clue.”

Nothing else was said, and we got on the plane. We went from the Anahuac valley, at the foot of its volcanoes, to the coast of California. On the way I checked the National Data Buoy Center’s website for information on La Jolla and the news was not encouraging. Cold waters awaited us

Returning to Los Angeles after nine months of confinement was refreshing, especially during the trip to La Jolla. This time there was no traffic, which made the journey more pleasant.

Once I’d settled in, the first item on the day's agenda was to eat. Not far from the hotel, on Prospect St., there is a Japanese restaurant that has delicious sushi. I ordered the ones I like, a sake, and a Sapporo beer.

On Monday morning, Don Julián's whistle woke me up.

“Get up, Antonio! We have to do the warm-up exercises and be on time for our appointment with Dan Simonelli. Today the search for our first clue begins.”

By six o’clock we were on the beach. When I touched the water, I got the feeling that it was very cold. I asked Dan if he’d checked the Data Buoy Center’s website and he said yes.

On that day we swam to the dock and the next morning to the buoy. In the afternoons I’d go eat sushi and have an early dinner.

Walking along the coast, I noticed that sea lions had taken over a new area between The Cove and Children’s Beach. The sight was beautiful. I don’t know if it was the sun glitter or the distortion of the colors, but I thought I’d seen an albino seal.

The goal for the day was to swim six hours divided into two sessions of three hours each. We started at 5 in the morning, when it was still dark. There was a lot of fog and the water was still 15.5 ˚C.

Little by little my body got cold until I no longer felt my hands. An hour into the swim, my left arm started to hurt. I figured the cause of the pain was that I was not reaching and pulling the arm properly. It was time to put some of my mental routines into practice. I decided to relax and wait for the sun to come up.

Around two hours into the swim, with the sun already looming over the horizon, conditions began to improve. It helped my mood that a group of sea lions accompanied me for a while.

The second session was scheduled at 1:00 in the afternoon. At around 12:15, I received a message from Steven Munatones to let me know that he was in the hotel lobby. He wanted to give me my 2017 trophy and accompany me to the spot where I would begin my training. We walked together to The Cove and recorded a video; then I got underway.

The entire morning session had been one of rhythm and mental exercises. The one in the afternoon was going to be brutal, with several rhythm-changing segments. We divided the three hours into six half-hour parts:

I ended up exhausted, of course, and I don't know if it was the fatigue, the light, or the sun glitter, but I saw her again: there was the white seal.

That night I couldn't sleep. By three in the morning, I was already awake. At 5 a.m. I got a message from Steven:

“No, I answered, “I guess the adrenaline keeps running through my body.”

“It's not the adrenaline,” he replied. “Adrenaline comes and goes very fast. What happened to you was a very strong cortisol rush. Cortisol is the main stress hormone, and it stays in your body for a long time. That's probably why you couldn’t sleep last night. Taking into account the cold water and the distance, the training session was of great intensity. Your body had to use up all its energy reserves and surely wanted to stop, but your mind did not let it.”

Thursday morning was my last workout, a 30-minute relaxing swim. When I got to the beach, I was met by the white seal. She approached without hesitation and, in a sweet voice, said:

“I'm Marina. You have found the first clue on the map. Your team is now complete. Don Julián will watch from the heights and I will guide you in the sea.”

We swam together and, at the end, we said goodbye with a see you soon. 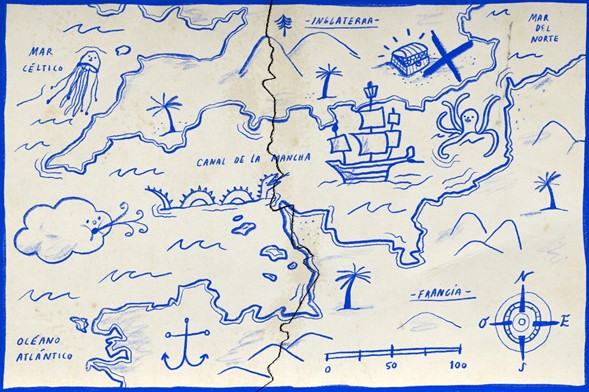 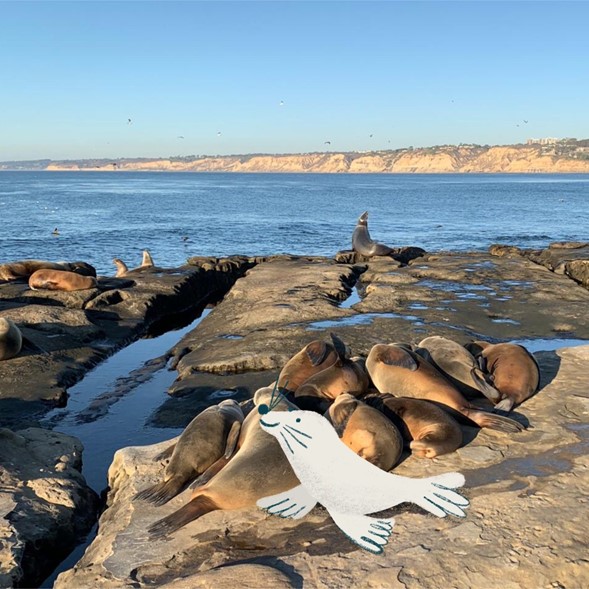 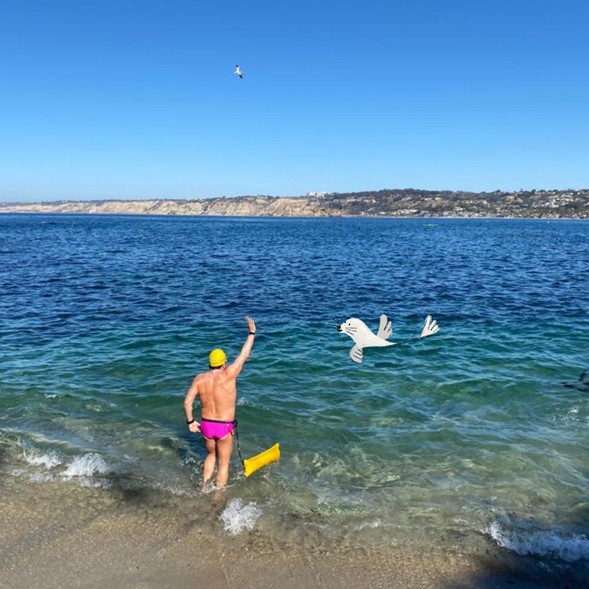 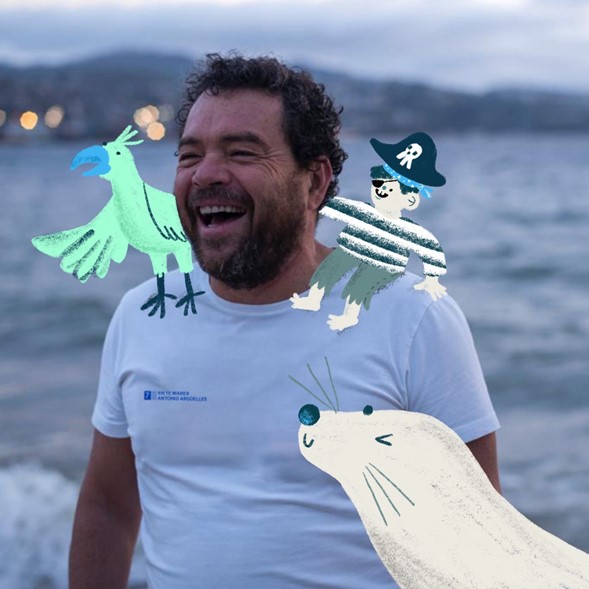