At the end of last week, I had a feeling that something would happen, and it did.

When I go to sleep, I usually plug in my cell phone away from my bed. This habit prevents me from checking it if I wake up in the middle of the night. There is no temptation.

Last Monday, when I finally turned it on at about 4:15, I saw I’d received a message from Mike Oram, the English Channel pilot who I hope will get me across safely in a few months. “Good news,” the message said. “A swim at the end of July has been canceled. I can offer you the first spot in the low-tide window.”

I immediately contacted Rafa. We’d scheduled a weight training session at 5:00, in 45 minutes, but I needed him to know what was going on. We decided to think it over and discuss it after the training session.

In the end, we both agreed that we were still in time to make the necessary adjustments to the training schedule and that being number one on the list was worth it. A few hours later I wrote to Mike to accept his offer. My swim will now take place sometime between July 30 and August 7.

That night I had a strange dream. I was at sea and there were big waves, strong winds, and pirate ships in battle. Throughout the week, little by little, I started getting clues of what was coming.

First it was a scroll with a message. 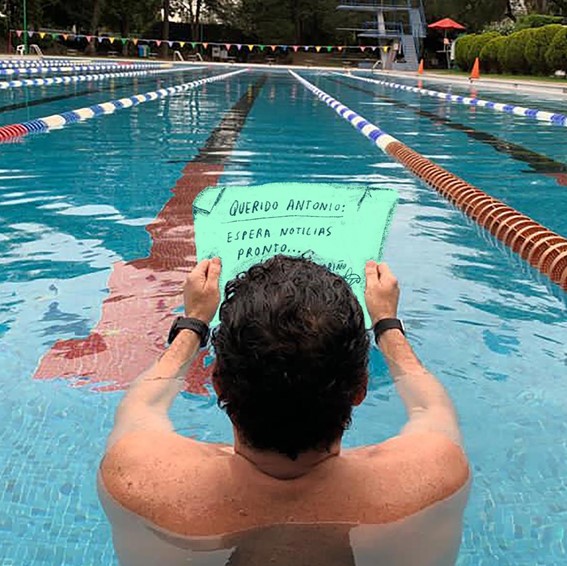 Then this parrot appeared and asked me a question. 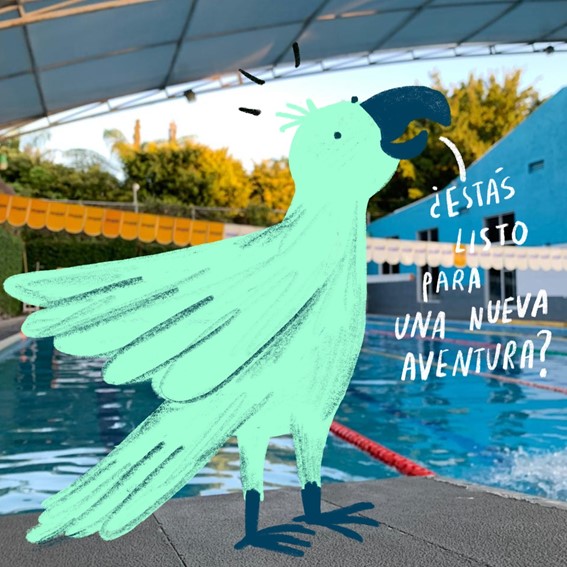 I didn’t quite understand what was happening until yesterday he told me his name and intentions.

In an instant, it all made sense. The dreams were memories of my childhood, when Don Julián, my pirate friend, died in battle. After many years, and surely after having gone through several lives, he had reincarnated as a parrot. I was happy to have a new friend join me on this adventure.

However, Don Julián woke me up today with news I did not expect. 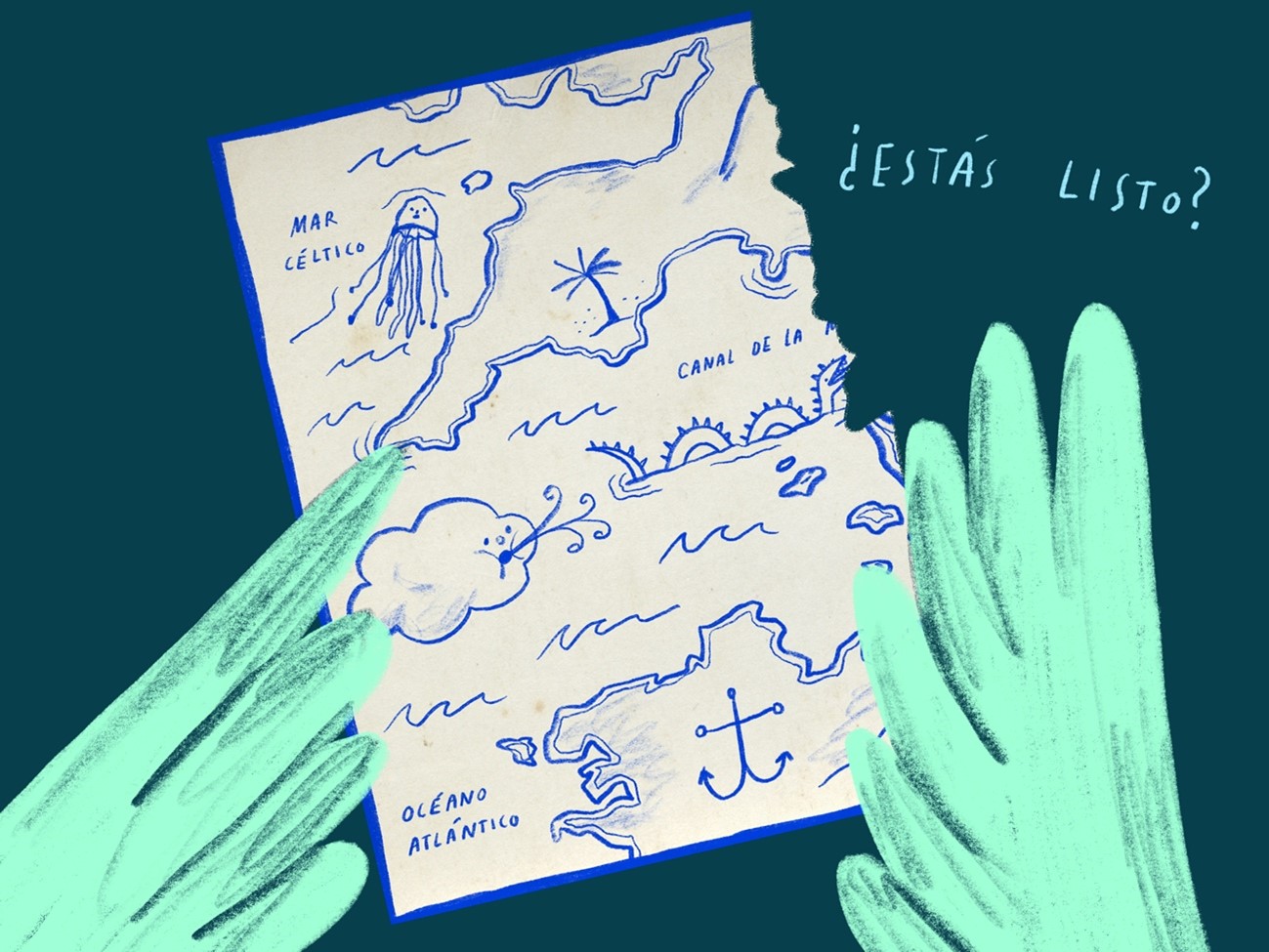 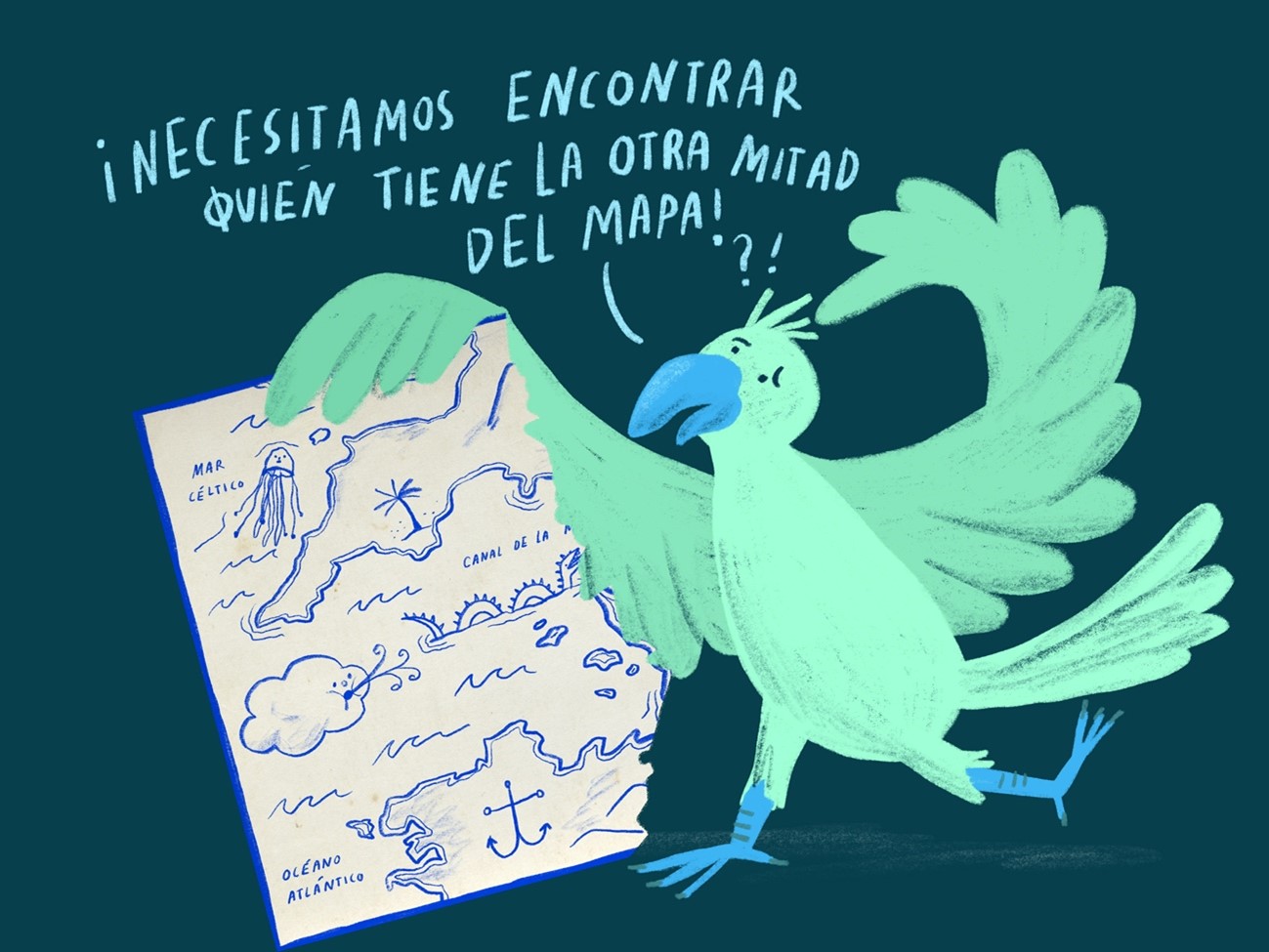 In his wings he held half of the map he had left me when he set out to confront our enemies and protect our treasure.

Our first assignment is obvious. In addition to swimming all the meters Rafa asks me to and going through the torture of strength and physical preparation exercises, we have to find the pirate who has taken the other half.

“Take it easy,” Don Julián told me. “Week 13 starts tomorrow. I know 13 is considered bad luck, but we never resort to luck, we focus on the facts. We’ll see what happens.”