In search of cold

This weekend Thanksgiving is celebrated in the United States—probably the most important family celebration of the year.

My first experience enjoying this tradition was 40 years ago with the Lee family. I’d just come to live in California two months before.

Shirley, my mom while I was in Los Altos, spent days preparing the turkey, the stuffing, and the rest of the feast we would be enjoying on the last Thursday in November. Oysters were also on the menu.

Thanksgiving was also the transition point between the preseason and the stage of my training where I was going to be putting in thousands of meters. With those four days of vacation, the training increased brutally.

I remember that when I got home that day, I met Gerry and Janet, Bill and Shirley’s children who lived in the otherCalifornia, not the California of cities or suburbs, but the rural one.

David, my younger brother, had warned me that Gerry was, as he put it, somewhat rebellious. As son as I arrived understood what he meant. With his beard and unconventional dress, he wasn’t like Bill or Shirley at all. Otherwise, though, he didn’t seem to be a wild radical. At least that’s what I thought at 17 years old. Ready for breakfast, I introduced myself and began to talk with him and Janet.

Shirley, who was tremendously considerate of me, made me my breakfast and split an exquisite grapefruit. Even today I remember its extraordinary taste. I’d never seen one so big. My sheer emotion at the grapefruit was so great that I ate it whole and then asked for another one.

I remember the Gerry’s words: “Antonio, do not eat all the grapefruit, we want to leave some for Bill.” I liked him. He cared about his dad; he couldn’t be half as bad as David had told me.

My routine these days was simple: swimming, eating, sleeping, swimming. Satisfied, I went to sleep.

When I joined the assembled family again, I asked, like any well-mannered young man, if I could help with anything. Imagine my surprise that they all said in unison: “You can open the oysters!”

“Open the oysters? Is that how it’s done?”

I received instructions from a YouTube video and got to work. The first ones were difficult, but then I picked up the pace and finally I finished.

Shirley’s food was delicious. I ate everything, in copious amounts and was so happy. At the end, as we lay about in the family room, our sated bodies relaxing, we remembered how greedily we’d attacked the meal.

Obviously there was no maid service. Someone was going to have to pick up the dishes and wash them.

I grew up in a house with four brothers and a mother obsessed with cleanliness and—unwittingly—gender equality. The rule in the house was that we all had to help with household chores: making the bed, shaking, vacuuming, sweeping the sidewalk, and washing dishes.

During all the years I spent with the Lees, my responsibility every Thanksgiving was to open the oysters and wash the dishes. What’s more, at the party Bill and Shirley threw to celebrate their 50th wedding anniversary, I gladly picked up my original responsibility in the family and washed dishes along with Joe.

I miss those dinners, but since my brother David lives in California, we share this tradition every year. I arrive in California with the nostalgic spirit of my life with Bill, Shirley and my Los Altos brothers, but also with the same feeling that the intense period of my season is beginning.

I have four days of water ahead of me at 14 degrees C (57ºF). It’s got nothing on those the long-ago months of 20 kilometers per day—but it’s a good dose of suffering. 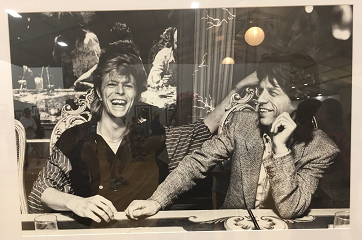 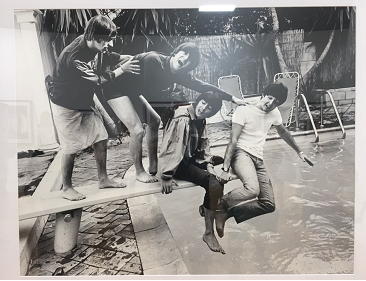 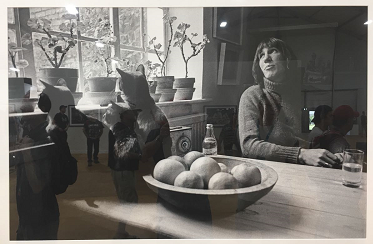