It finally arrived: I’ve been approved to swim the North Channel

Two weeks ago I swam six hours in 13 ° C San Francisco Bay waters to complete my qualification to swim the North Channel.

Arriving in Mexico we organized Rafa Alvarez’s and Suzie Dods’ notes and prepared a report. Nora helped format the document and made sure we had included all relevant information.

I was confident that there would be no problem—yet at the same time I still had some doubts as to whether the authorities of the Irish Long Distance Swimming Association (ILDSA) would approve my application.

Fortunately, the last two weeks have been full of films, tours and other hard work, and my mind has been occupied from day to day. The Public Broadcasting System of Mexico is producing a new series called “Stories of Those That Move Mexico,” and its director, Armando Carrillo Lavat, chose me to participate in the first program. We did five shoots over five days in several different locations, including my house, Las Estacas and Sport City.

The last session was in Francisco Marquez Olympic Pool on Monday the 16th at 11:00PM. The return to the place I practically considered my home when I was young was emotional. I began by doing what I always did in those early mornings: putting on my swimsuit in the hallway.

At this hour the pool was empty, and having it all for myself was amazing. Swimming at my ease, not worrying about the traffic around me or the speed in my lane, let my mind travel back to 45 years ago.

I remembered my first workout. Because I couldn’t swim the full length of the pool, my reps were eighty meters each lap. I was surprised how quickly the Guiot brothers swam, and Bernardo Lesser, Yolanda Mendiola, Carlos Salame, Jorge Moreno, Gela Limonchi and Maria Luisa Murga. I asked myself if one day I would be as good as them. After many meters and many hours in the water, I eventually managed to swim as fast as all of them. On the way we became friends and not only spent many hours together in the water, but also outside it. Our world was the pool and our community was our teammates. Together we lived our first stories of love—mine with Hilda Mendez—plus travel and frustrations in school and swimming.

Time passed and each of us went our own way. Mine took me to California.

One of the key decisions on each day of filming was what shirt to use. Until that Monday I had simply used one the Oceans Seven uniforms. I decided to take a chance and bring along a Stanford t-shirt to see if Caesar, the director, would let me wear it. Regardless of whether I liked showing the colors of the university where I’d studied, wearing it it that day had a different meaning.

With swimming, especially in this pool, I learned the meaning of what it is to win and to be worthy of something. After my first training, swimming 80 meter laps, I promised myself that someday I would take first place in a race. When I accomplished that I got another goal, and so on. I always had something to achieve, something to overcome.

Getting into Stanford had to do a lot with that attitude. No matter that my parents did not have money to pay for college or that I came from a public school. The day I took my entrance exam and wrote my essay, the only thing that mattered was how well I performed compared to other applicants, regardless of my origins.

That feeling of winning something because I’ve earnedit has always been part of my life. With the Oceans Seven it has been no different.

In recent weeks, during my training for the qualifying swim, and while waiting for the answer, several people asked me why I, a National Sports Award winner, Hall of Famer and Man of the Year, should have to get my qualification that way. I wish I had the time or inclination to explain that, as I’ve pointed out above, such things are not given away, but won. The rules for attempting a crossing of the North Channel are the same for all applicants. No matter if this is your first crossing or, as in my case, the sixth of the Oceans Seven—either way, you have to earn a place on the schedule.

Today I received an email from Pippa Campbell, Secretary of ILDSA, informing me that the information submitted was sufficient and I lacked only a medical form. When I read it at 4:30 in the morning, it filled me with immense pleasure. Whatever happens in August, I won the right to participate. Nobody opened up a special door for me—I got in the same way that all who seek to conquer the North Channel do.

It would be great if all the doors in Mexico were like that. 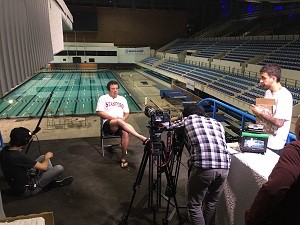 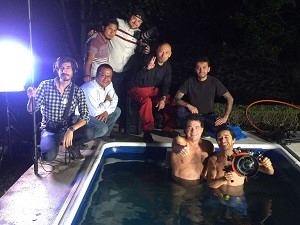