Jellyfish and the Sensei 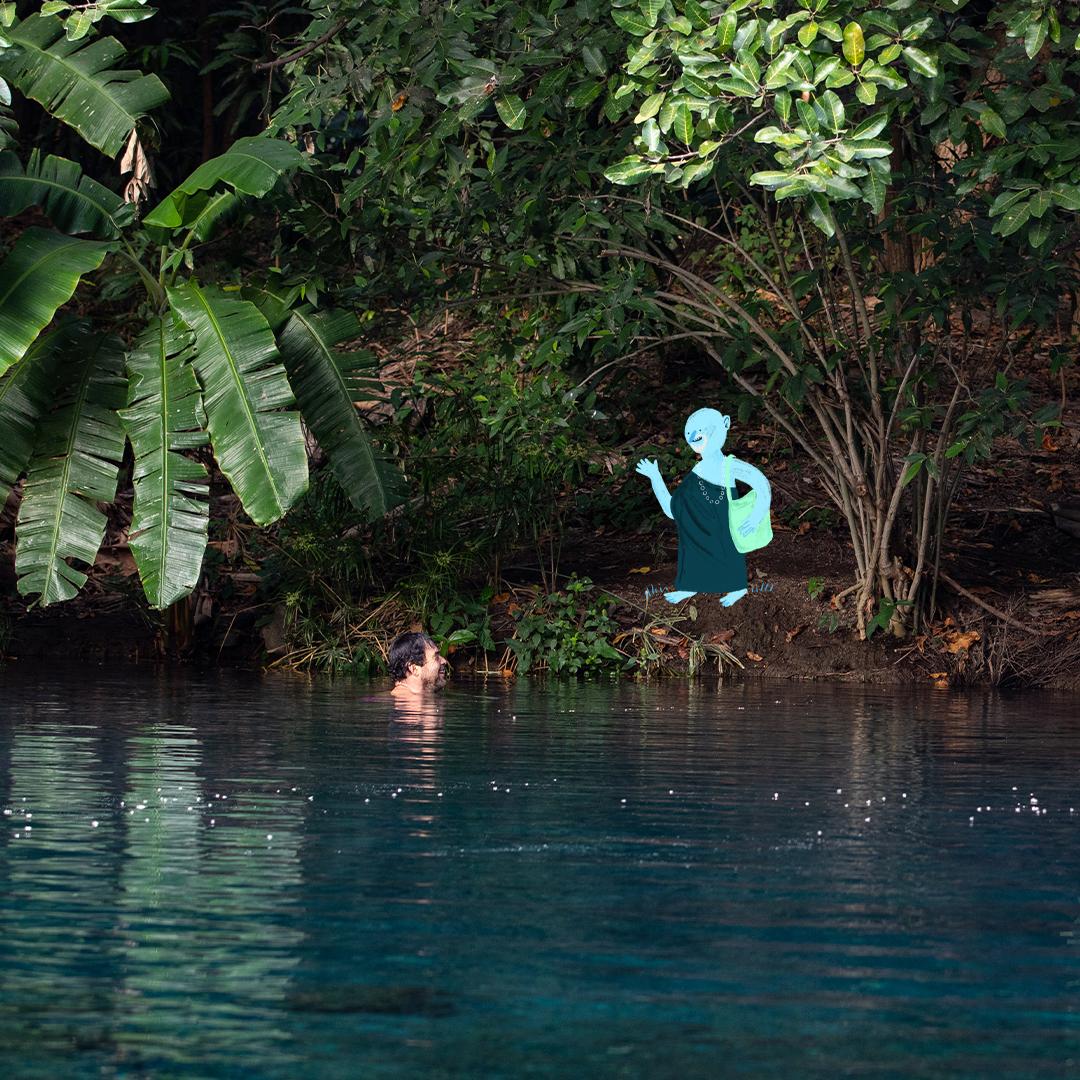 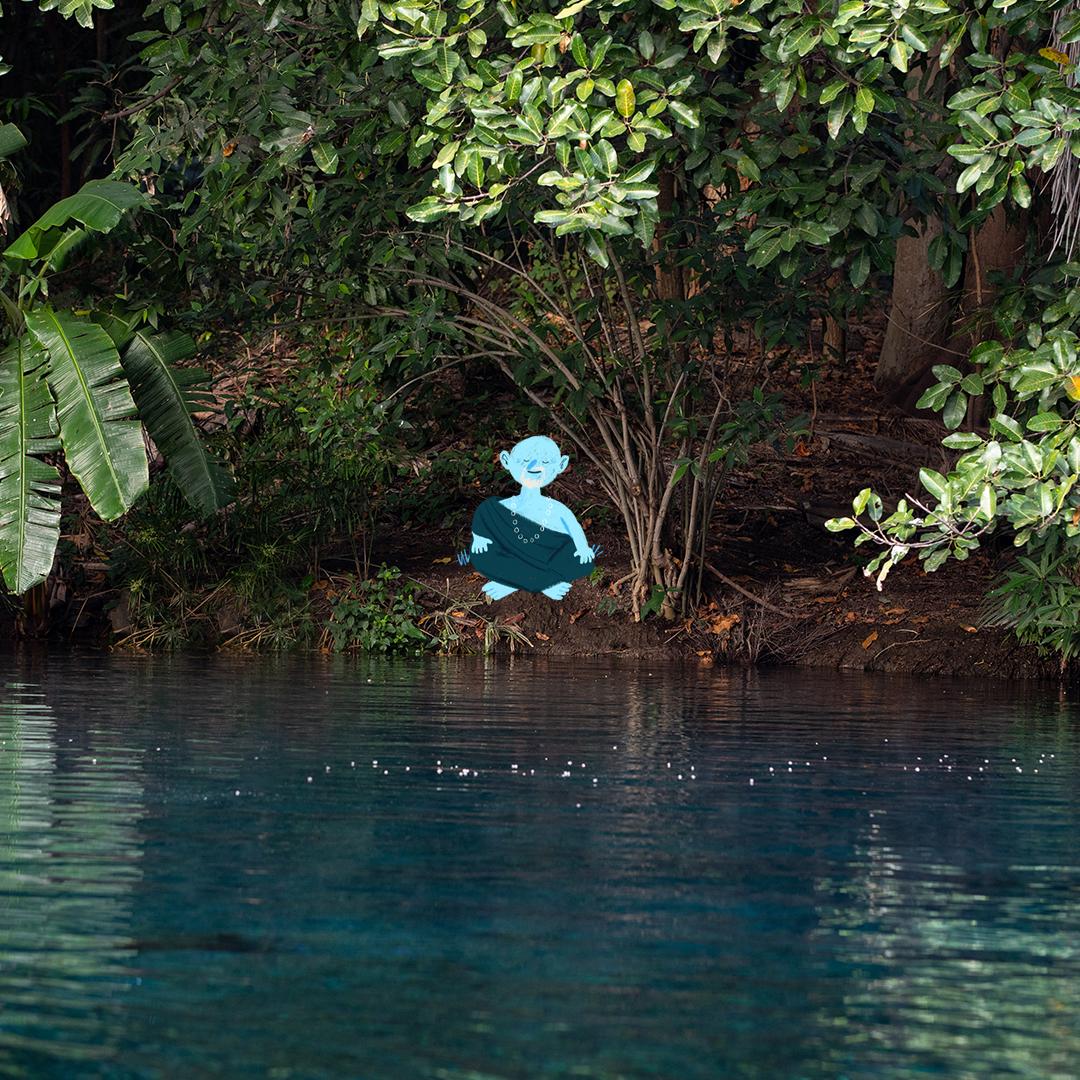 Last week—the twenty-seventh of my training process for a double crossing attempt of the English Channel—I had an encounter with the jellyfish of Cabo San Lucas. On my third day of training, Diego Rivas and I decided to change the route, not knowing that these creatures would be waiting for us close to a rocky area.

The goal that day was to swim an hour at maximum speed. I’d warm up for 30 minutes, swimming in one direction. Then I’d go in the opposite direction for a full hour. Finally, during the last half hour, I’d loosen up on the way back to the beach.

Twenty-five minutes into the swim, I felt the first contact with the jellyfish on my arm. Five minutes later, I was stung on my legs and then on my stomach and face. In less than 15 minutes I’d been attacked by various types of jellyfish and my body was burning. I stopped for a few seconds and told Diego that we had to turn around: we needed to get away.

Once we were back, I went first to the pool and then took a shower. My skin burned everywhere. I decided to apply some ointment—Andantol—and hang on until the evening to take a pill of Aviant, as I did not want to be high all day. When I woke up the next morning, I was still very tired, but at least the pain had subsided.

Back in Mexico City, I decided that I needed to heal my wounds in the waters of Las Estacas, a space that always welcomes me with open arms and makes me feel good. I agreed with Rafa that this would be a recovery session, a two-hour swim with no pressure in terms of time or pace. I just wanted to feel the water and clear my mind.

During the first lap I focused on the rotation and extension of my stroke. During the second, I thought about the previous week. I’d been the victim of a jellyfish attack, but I’d also had the opportunity to successfully close a stage in my life that brought me great happiness. Finally, during the third lap, I attempted to enter what I like to call the dimension of the dragons.

While concentrating on this world of fire, I lost track of time and space. Maybe I’ve swum along the Las Estacas river so many times that now I am able to swim up and downstream just by looking at the color of the rocks and sensing the currents.

However, on the last lap, after passing the stairs, I kept going instead of turning left. Suddenly, I realized that I was not where I was supposed be. I stopped and raised my head to meet a little guy who was meditating.

I approached very stealthily, trying to make as little noise as possible so as not to disturb him. Still with his eyes closed, he told me:

“Uhsss, how are you feeling, Toño?”

I hesitated a few seconds before answering, because I did not understand how this little guy knew my name and that I was wounded, both in my body and in my soul.

“Better,” I said as he opened his eyes.

“I know; I have seen how you’ve been recovering the fire. Now we need to talk. You have a tough week ahead of you, and we can’t be sure the jellyfish won’t attack again. We need to get ready.”

Again, he noticed my amazement, because it was true that week 28 was going to be tough. I was facing an eight-hour swim in La Jolla, with water temperatures at around 57-59˚F.

“Don’t worry; I know everything about you. We have been together for many years in the dimension of fire. You can call me Sensei.”

He stood up and asked me to get out of the river. Then we returned to the fire dimension, where we invited Ryu to join us.

Finally, he told me: “When you get to La Jolla, stay alert; you will get news that will allow you to swim the full eight hours feeling protected.

I remained in a trance for a while, with my eyes closed. When I opened them, he was no longer there. 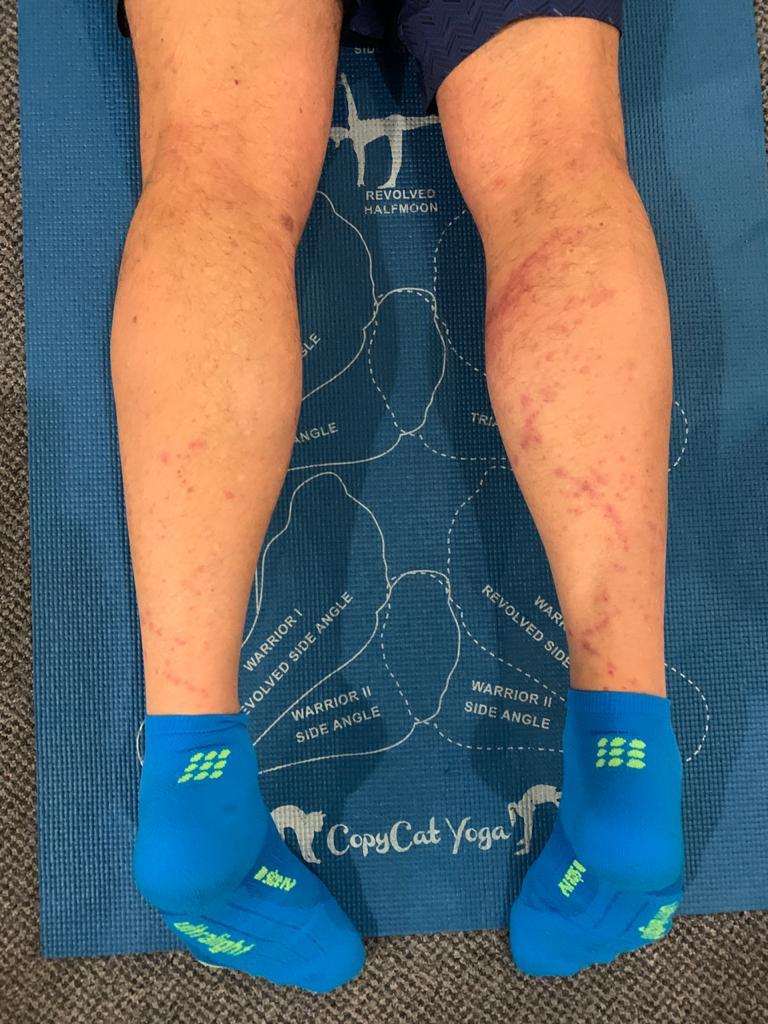 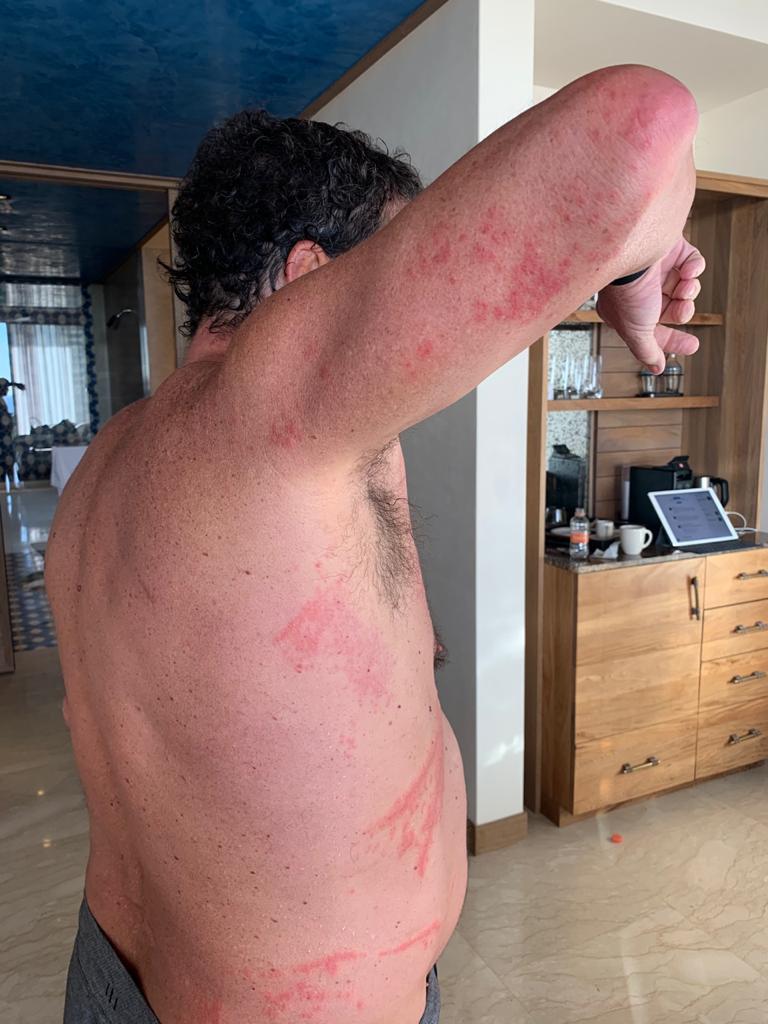 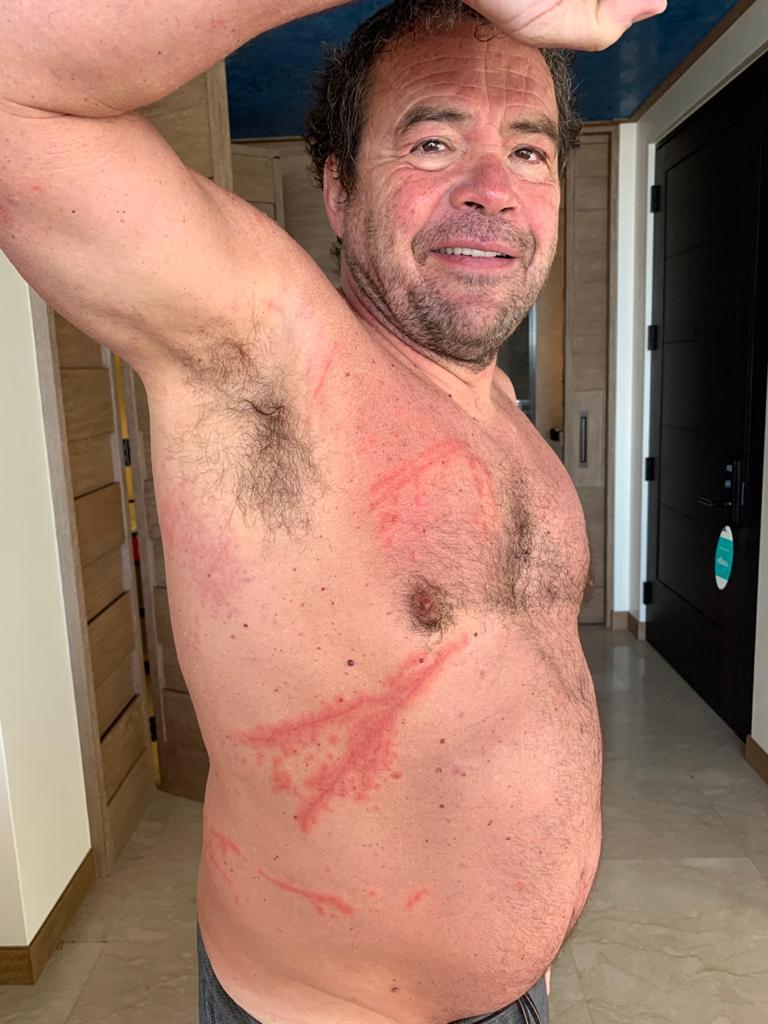