The day after Christmas

Yesterday was Christmas. As a gift to myself, and a reminder of how difficult my four swims will be next year, I decided to swim 5 hours—about 16 kilometers—at Las Estacas.

Since I crossed the Tsugaru Strait, several events have kept me busy. On my return to Mexico my first objective, before even beginning to think about my next swims, was to solve the problem of my left shoulder.

For months I’d been searching the internet without sucess for someone offering a program to correct swimming mechanics. But finally, in an idle moment on Facebook, I was lucky enough to see a video uploaded by Ricardo Duron, a coach at Sport City.

The video featured a specialist in Argentina who showed how with his technique he had modified one swimmer’s stroke. I looked for Ricardo to get more information about this person. I was quite surprised when he told me that he himself, along with Rafa Alvarez Farina, had done the same in Mexico. And two days later he was giving me a feedback on my mechanices.

I can already see the results of their treatment. I’m swimming better, not crossing my legs, my left shoulder does not hurt anymore and finally my legs are really helping to give me propulsion. Yesterday at Las Estacas I noticed improvement in my speed—my time was almost one minute less.

On October 12 I was appointed Secretary of Sport of the National Executive Committee of the Institutional Revolutionary Party. The appointment came as a surprise, and I gladly accepted. I immediately asked Manlio Fabio Beltrones to give me the opportunity to include physical activity among the activities of the Secretariat.

Today Mexico is experiencing a public health crisis whose primary cause is obesity. Unless we succeed in getting Mexicans to be far less sedentary, we will not have long-term viability as a nation. We spend about 95 billion pesos a year on diabetes care—an amount equivalent to almost twice the government spending on educational infrastructure through educational vouchers.

My goal is to convince candidates for governor and mayor to commit to implementing measures to help people to physically be more physically active.

A few days before heading to Los Angeles for the the International Hall of Fame Swimming Long Distance (IMSHOF, for its acronym in English) I learned that the World Association of Open Water Swimming (WOWSA, for their acronym) had nominated me, along with 11 other swimmers from various countries, for the Man of the Year award.

The objective of this award is to recognize outstanding individuals—people with inspiring stories, accomplishments and lifestyles. The award does not necessarily go to the best athletes, but seeks to reward people who embody the spirit of open water swimming, have a sense of adventure, perseverance and tenacity, and create a positive influence on the world of swimming.

The final selection process is an online vote. Early in the process, information about the number of votes each swimmer had received was visible on the WOWSA site. At some point the organizer decided to hide the tallies, however, leaving me and and my team in the dark.

Getting out the vote has not been easy. We sent a mass email to all the databases we had of alumni of NET and feeder school alumni. We posted dozens of messages to my Facebook page, and bought ads on Twitter as well. I also asked for support from family and friends, of course, along with students, teachers, staff and the entire Secretariat of Sport in the PRI.

The cherry on the cake was the segment Brozo devoted to the campaign on his TV program. He gave me about 14 minutes on his show, a true demonstration of friendship that I recognize with love.

It was an intense, interesting and ultimately fun process. Whatever the result, I am proud to have been nominated. I am the first Mexican to have been on the WOWSA Man of the Year ballot, so it wasn’t about me—it was a great recognition for the entire country.

The achievements we’ve brought off in the education department in Puebla—in large part a result of the work I’ve done with my friend and partner, Bernardo Naranjo—brought us a new project, this time in Sonora. In mid-October I spent a day and a half in Hermosillo.

It has not been easy to get organized on all fronts. I’ve had to carry out several responsibilities at once, travel two or three days a week—and certainly train.

Every Sunday I torture Nora to send me my weekly training or, at least, the daily program. When I travel I make sure there is a pool available. So far all the ones I’ve used have been public pools, open at 5 am. There’s normally no traffic at that time, so I can be ready for breakfast by 7:30 or 8:00 in the morning. It is a beauty to finish training at 7:00: I’ve got lots of time for the rest of the day.

Returning Tsugaru I had some t-shirts made that showed the four Seven Seas swims I’ve already completed. I have several myself, and wear them three or four times a week to remind me, even though I don’t usually need to be, that the really difficult swims are still to come.

Yesterday, as almost everybody was recovering from their Christmas Eve festivities, or preparing Christmas dinner, I decided to do five hours of swimming. Training forced me to be very moderate in the holiday meals I had with my parents and brother. I went to sleep at 8:00 and was awake at 5 a.m.

The first obstacle I had to overcome was food. I forgot my Accel Gel in Mexico City, so the night before I had to change my feeding plan. I was tempted to cancel the swim: five hours without eating right can be torture.

The change in diet would definitely make it a most complicated swim, but I tried to look at the situation positively. Perhaps I could change my way of feeding and just go for it, or be out for 3 hours instead of 5.

The closest thing I found to Accel Gel in Cuernavaca was Gatorade. A bottle has 100 calories, whereas Accel Gel has 130. That would give me a deficit of 30 calories per lap, and I would consume half a bottle with about 300 milliliters of water.

I decided to swim the first five laps with pure Gatorade, and in the sixth to take the Accel Gel I found in my suitcase and a full bottle of Gatorade on the seventh lap. Well, it turned out that having enough energy was never an issue. Maybe I’d happened on the correct dose; maybe it was the fact that I decided not to think about it.

The first lap was a surprise. In Estacas what is relevant is the rate of your acceleration, so when I got to the waterfall in 22 minutes, I was amazed. I went at the same pace with my arm stroke as the previous week, but yes, thanks again to the correction of my kicking mechanics during my week with Ricardo Durón—I’d taken a full minute off my time

Swimming eight laps at Las Estacas requires some strategy. Mine was to split the training into two parts. First I would do four in a row, then take the remaining four one by one.

After seeing my time for the first lap I set the goal of achieving the following three in as close as possible to 22 minutes. I did it without difficulty, which inspired me to swim the final four in the same time, making one of them in less than 22 minutes.

I started swimming at 7:00 am. Obviously there was no one in the river at that time. I enjoy swimming when I’m alone. It is a privilege—even virtually—to own such a beautiful space: the crystal clear water, blue fish, swimming ducks and green trees.

There stages in my progress that are more complicated than others—when I have to increase my strength, and imagine battling currents worse than I’ve ever encountered. My goal is not to lose the rhythm and keep my form.

At other times I get lost. I think of swimming six hours at 14 degrees in La Jolla in January, or the 45 kilometers I’ll have to swim in Hawaii. I visualize the pain of cold or fatigue after 12 hours and tell myself stories of how I’m going to win. It’s a mental game that prepares me for the fight I will face.

However, yesterday there was something constantly on my mind: the issue of health. My brother Diego told me they had just diagnosed cancer in a close friend. In the last two years, in fact, more than five people close to me have succumbed to the disease.

Meanwhile my father is deteriorating gradually, and more and more people around me suffer from some disease.

Several times during the day I expressed gratitude just to be here, relatively healthy. I have hypertension and I have vowed never stop swimming, so with all these long hours of training I’m planning to swim until at least I’m at least 70 years old.

Happy New Year to all, and thanks for reading and supporting me. 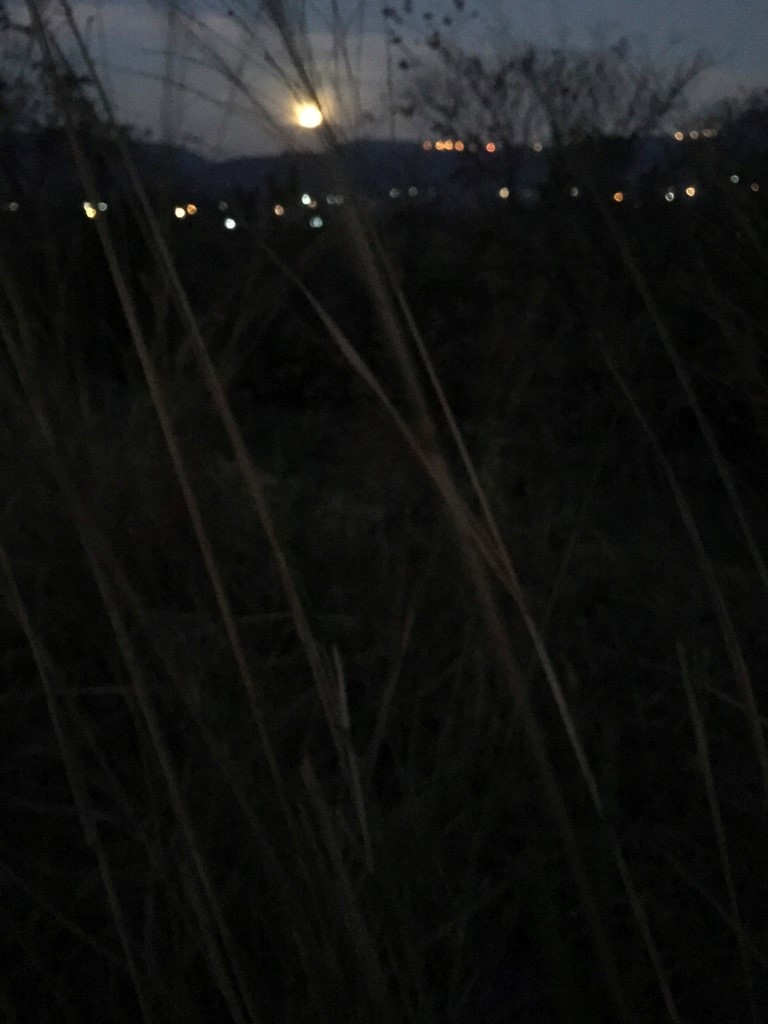