The road is never straight

Two years ago I decided to try to swim the Oceans Seven. I did all my research in one weekend, planned the journey to completion, shared the idea with Nora and introduced her to my sponsors, Paul Smith and Emilio Trabulse of Grupo Martí.

As a second step I made sure there was space for my swims in my schedule—and my travels—and organized the logistics.

Coincidentally, Gibraltar had have an open reservation just at the time I left my professional responsibility in Puebla, so the possibility of swimming it presented itself—and that was how I began the second part of the Oceans Seven (Gibraltar, Moloka’i, Tsugaru, the North Channel and Cook).

The Tsugaru and Moloka’i swims were just as we’d planned them. Everything went smoothly.

Returning from Hawaii I entered an intense and complicated stage of work involving a lot of travel, but I got all my workouts in and managed to qualify for the North Channel.

The election results did not favor the PRI, the party to which the man who’d brought me into government service, Manlio Fabio Beltrones, belonged.

When Manlio resigned, I did the same. I decided that I could now spare the time to contribute to Sonora, where I had the support of the Secretary of Education as well as all my colleagues in the Education Project.

Sonora has suffered a major setback over the past 12 years. From being a leading state in education at the beginning of Governor Claudia Pavlovich’s administration, it had declined to the point that it now ranked among the laggards.

The opportunity to influence a public education system at a critical juncture was too great to pass up.

In talks with Ernesto de Lucas, Sonora’s Secretary of Education, we devised various strategies to better organize our work and step on the gas to accelerate change there.

As the saying goes, be careful what you wish for because you might get it.

A week ago all of these ideas these ideas became my new responsibilities, and suddenly there was no way to leave Mexico two weeks in early August. The North Channel would have to wait.

The feeling was bittersweet. I had achieved an important contribution in education, but at the same time I had also truncated my sports plans.

As I made the decision I informed my team, Ximena and Lucia. Everyone was in shock.

Personally I tried to absorb this new reality but by Friday depression had hit me.

I went two days without swimming and I was doubtful if going to Las Estacas for three hours would have any effect on me.

I decided I’d go and see how I felt. The water in Las Estacas, like the seas of California, are a space that always relaxes me and lets me think.

I do not know what thought process brought me to it, but I suddenly remembered my friend Jaime Lomelin.

Jaime is one of the pioneers of open water swimming. His stories of preparing for his crossings have fed mine. And how can I not give him credit for the idea to put ice in my pool, similar to the way he put it in his tub.

Last year Jaime was on the podium in the Manhattan Island Marathon Swim, and this year he had a date to swim the Catalina August 27 where I hoped he would break my record.

Unfortunately he fell ill, and his plans were cut short.

Yet the Catalina date was now free.

What if I used that date and attempted a double crossing Catalina?

The idea of ​​a Triple Crown with doublecrossings had already been on my mind. That might be a good idea after the Oceans Seven.

However, to be consistent, I had set a goal of completing all seven crossings and then train to attempt the Catalina double in the summer of 2017.

Moloka’i changed my thinking. Before that event I doubted that I would be able to swim more than 16 hours. When I arrived at Sandy Beach on Oahu after 23 hours and 18 minutes, I knew the double was a possibility.

I recently returned to swim the full length of Las Estacas. The first part is tougher, but the complete swim takes around 55 minutes.

On the return leg of the second lap it became clear—I would write to the team and begin planning the logistics.

I would have to contact Jaime, then the pilot, then the association and, most difficult, convince the swimmer currently scheduled between Ricardo Grossman and Jaime to move his time so that I would have a window for double-crossing.

His name is Eugene, and lives in Los Angeles. I wrote him Monday and have tried to contact him by phone without success. I do not know what’s going to happen. I have to wait.

“I did Moloka’i this year, so you hurry.”
“Finish the Oceans Seven before starting something new.”
“A double is very difficult, so you risk your first failed crossing,”

Swimming is a lifestyle for me, it’s what lets me process much of what goes on around me. Like any renowned pirate, adventure always exists in the seas—if a port is closed, look for another.

In the end the road of life has its paths; the one that had begun in early April was a straight line with an end point, but today that has changed. 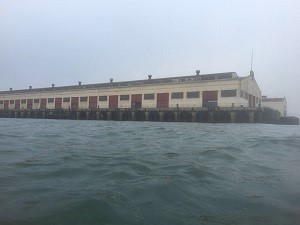 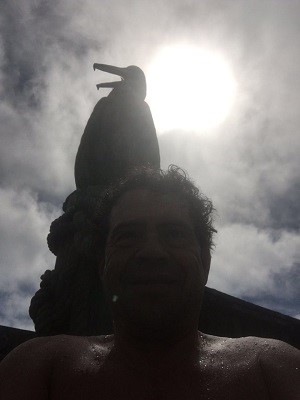