The camp before a long swim is a routine that has no set plan. It develops according to the place.On the English Channel and in Tsugaru the start of the day was marked by breakfast time. Catalina is always the same: you arrive a day early, swim for a while, have dinner, wake up late and eat around 2PM to be at the pier at 7:30. At the Strait of Gibraltar there was no camp—I arrived at 2 am, and at 9 am I was at the pier.

Here in Wellington I have already begun to develop a rhythm. I get up at 4.30 in the morning, the time I usually do in Mexico. I answer emails and send messages, and at 7 am I meditate for 30 minutes.

We leave at 10.30 am to swim. Today in the pool (today), tomorrow probably in the sea. Returning for a light lunch, I then take a 20-minute nap, answer more emails, write my blog entry and at 6 pm have dinner so I can be asleep by 8:00.

Today I woke up happy. I went the whole night without coughing or my nose running. I slept soundly and got up full of energy. Answering the backlog of emails, I started to give my co-workers a hard time, then took a Skype call from a group of friends with whom I am planning a swim in May.

Even though I feel so much better, I felt it best to postpone another swim in the sea. So I went to nearby Freyberg Pool instead.

The pool is named after the 1st Baron Freyberg (VC, GCMG, KCB, KBE, DSO). After serving in both the first and second world wars, Freyberg became the country’s first governor general (the representative of the British Crown) to be raised in New Zealand. An excellent swimmer, Freyberg received his first DSO—Distinguished Service Order—in 1915 after swimming three kilometers across the Gulf of Saros. Freyberg landed on the beach under heavy fire and surprised the Turkish forces by lighting flares that distracted them from the real Allied landings taking place at Gallipoli.

Turns out I was about to be surprised, too.

The pool is 33 meters long, like the Olympic Club, but this is a modern pool. You are not forced to wear a cap and you are not asked to bathe before entering the water.

Prices vary according to the services you need. Bathing after swimming in the sea is 3.50 New Zealand dollars, swimming $6.00, as well as to use the gym and other facilities. I was delighted not to have to present my official identification, Mexican IFE voter’s card, birth certificate, three passport-size photographs, 24-element blood chemistry analysis and a medical certificate before being allowed to use the facilities.

One rule I that I do follow is to ask the person in charge of the pool if there are any official regulations that I should know about. Since I caused a commotion last year in England by using fins on a “non-fin day”, I prefer to investigate first.

The lifeguard asked where I came from. He told me that here the rules are relatively simple, the same way as I am used to, with traffic going from left to right and the lane designated for faster swimming actually having faster swimmers in it. After giving me those instructions he wanted to know the reason for my visit. When I told him that I was going to try to cross the Cook Strait, he responded, “It’s very difficult.”

A fin-wearing swimmer named Jane kept up with our pace—one hundred and one hundred. During a break she asked the same questions: Where are you from and what are you doing here? We talked to her and her comment was, “Everyone in Wellington will be following you—it is very difficult. You need the luck of having a good day. ”

We finished the training. I left with the satisfaction of being in the water again, but also acutely aware that the challenge in front of me is not a simple one. I have been in Wellington for two days and I keep hearing the same thing. 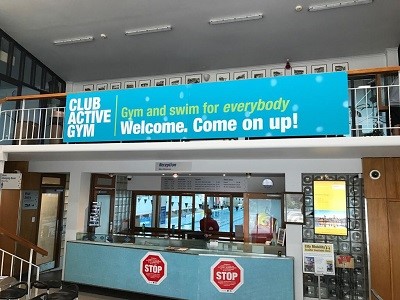 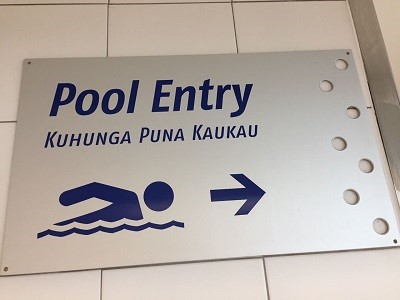 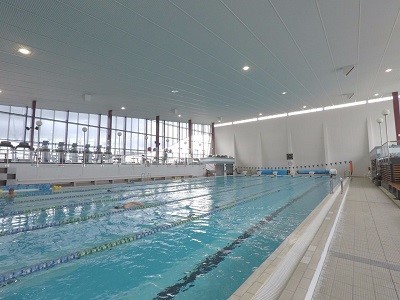 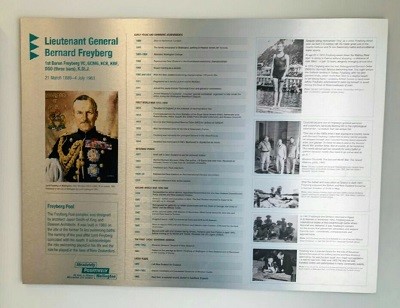