The year is almost over

November starts today; we are sixty days away from the end of the year. Who would have thought that 2020 was going to be so complicated? The past eight months have shown us how unpredictable life is. We have had to adapt to new circumstances in order to survive this pandemic.

The quarantine that began in March transformed my life in a significant way. To start with, it forced me to change my working style. Instead of signing a lease to move to a new office building, I ended up staying at home and became an inveterate Zoom user.

At first, all of this was overwhelming. The “always-on” routine got us weary and it was not until Ximena made me realize that we couldn’t stay connected at all times that we began to find our rhythm.

With so much time on my hands, I decided to dive fully into the new circumstances and take advantage of technology to keep myself entertained during the week. With Steven Munatones, Chairman of the World Open Water Swimming Association’s Board of Directors, I began a series of interviews with prominent swimmers on Fridays. I also created the Aquatic Café, which I broadcast every Wednesday on Instagram Live.

Aware that many enterprises were going through difficult times, I decided to support small and medium-sized companies by giving motivational talks to their employees. On the day we published the ad several requests came in and I ended up giving 10 talks.

As for my aquatic life, at first I thought I could stick with my plan to attempt a double crossing of the English Channel. I got access to a pool in Cuernavaca and for months I went there to train six days a week. Unable to swim in the ocean or Las Estacas, Saturday training sessions were brutal: one day I even endured a 15,000-meter swim.

As time passed, given the way in which the pandemic evolved, I began to doubt the feasibility of making my trip to England. In addition, I was concerned about the lack of training sessions in the sea. I made an attempt to go to La Jolla, which resulted in a disaster, and then in Los Cabos I fell victim to jellyfish. Finally, in July I decided to forget about the crossing and finish the season on the last day of the month.

In hindsight, those daily trips to Cuernavaca, the failed attempts to swim in the ocean, the pressure of facing a new reality at work, and the confinement dampened my mood to the point that I thought I’d forget about open water swimming altogether. My discomfort was such that I brought it up during my psychoanalysis session. I remember it clearly.

Unlike other therapies, Lacanian analysis focuses on the analysand’s discourse and not on that of the analyst, who only intervenes to highlight what one says. However, on that occasion my analyst was very clear: “This is not the time to make that decision,” he told me.

Once the season was over, Rafa asked me to stay away from the water for two weeks. From the edge of the pool he had noticed my mental fatigue and knew I needed to find my focus again.

In those two weeks I forgot about the water and enjoyed my rest. As I discussed this with Steven and Quinn Fitzgerald, another member of WOWSA’s Board of Directors, they both encouraged me to enjoy my time off and asked me a question: “Would you be willing to tell the story of your preparation each week until you attempt the crossing?”

I loved the idea, and, after consulting Rafa, I gave the project the go-ahead signal. I am on week 11 and every Monday we post an interview to my social media walls. Starting today, I also hope to post on my blog once or twice a month to share the journey there as well.

The next few weeks will be busy: I have my first trip to California, the mileage has begun to increase, and strength training sessions are getting more and more intense. However, there is something in me that tells me that something important is about to happen. It’s one of those hunches that we seamen have. We’ll see. 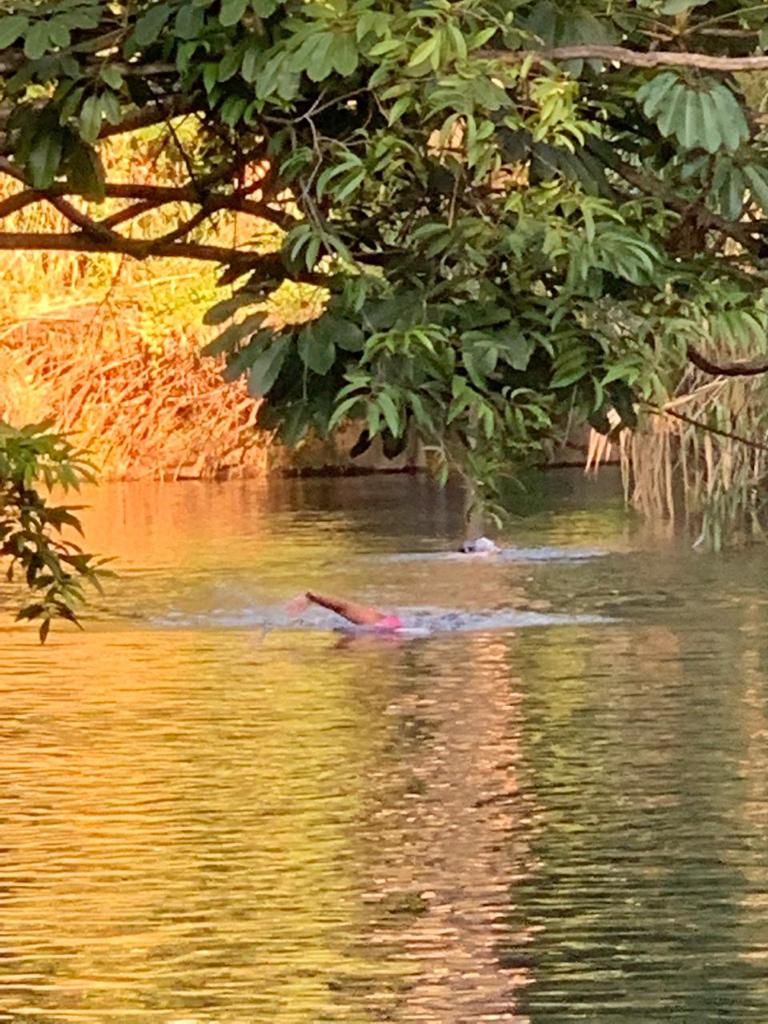